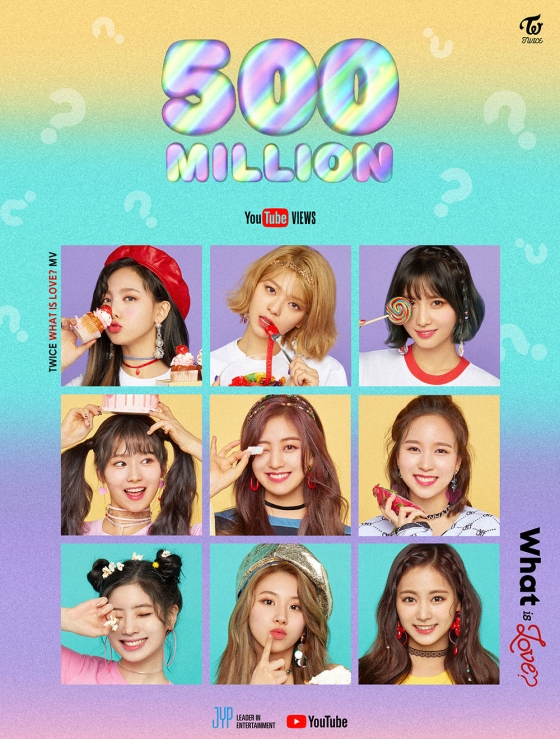 
“What is Love?” is the title track of the group’s fifth EP “What is Love?” Park Jin-young, the founder and co-CEO of JYP, wrote the melody and lyrics for the song that is about the curiosity of young girls who learn about love through only songs, books or films.


The group is scheduled to release the title track of its new EP, along with its music video, at 6 p.m. on June 9.


The group is also set to release its 3rd Japanese album “Perfect World” on July 28.


The title track has an up-tempo beat and conveys the message that you should confront your fears without being swept up by the environment around you.

Twice What is Love? 500 million