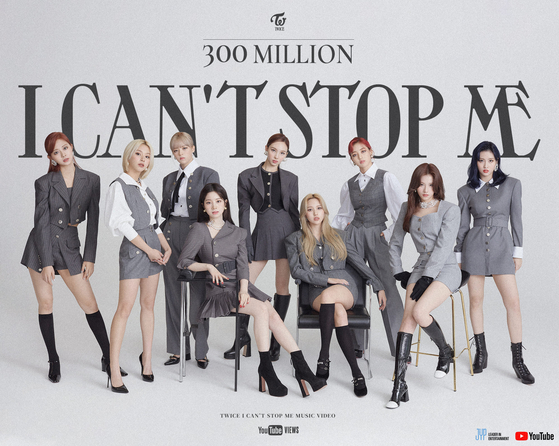 Twice’s “I Can’t Stop Me” has surpassed 300 million views on YouTube, becoming the girl group's tenth music video to achieve the feat.

The track “I Can’t Stop Me” was part of the group’s second regular album “Eyes Wide Open,” which was released in October last year. The album was listed as one of “The Songs and Albums That Defined K-Pop's Monumental Year in 2020” selected by U.S. magazine TIME. It was also ranked at No. 72 on the Billboard 200 chart.

Some of the other music videos with over 300 million views include “Cheer Up,” “Likey,” “Heart Shaker,” “What is Love?" and “Feel Special.”

The group is currently gearing up to release its new EP "Taste of Love" on June 11.