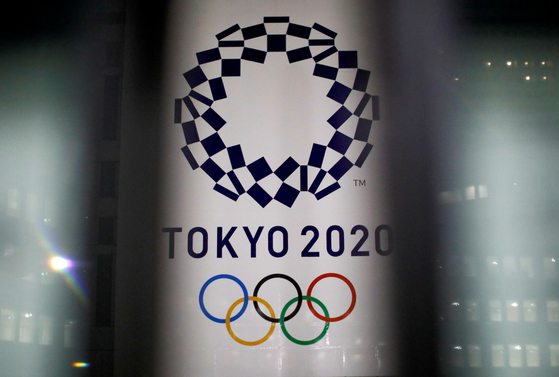 The logo of the Tokyo Olympic Games, at the Tokyo Metropolitan Government Office building in Tokyo. [REUTERS/YONHAP]


The International Olympic Committee (IOC) maintains that the 2020 Tokyo Olympics will go ahead, despite growing calls from both inside and outside Japan for the Games to be canceled.

Japan's Asahi Shinbun newspaper on Wednesday called for the Games to be canceled, the first major Japanese newspaper to do so.

"We cannot think it's rational to host the Olympics in the city this summer," the newspaper said in an editorial that attacked the national government and Tokyo government and called on Japanese Prime Minister Yoshihide Suga to cancel the Games.

The Asahi Shinbun editorial follows the warning earlier this week from a panel of U.S. health specialists that pushing forward with the Olympics puts athletes and the general public at risk.

In a report in the New England Journal of Medicine, the group called on the World Health Organization to intervene in the planning for the Games, criticizing the current plans as "not informed by the best scientific evidence."

Toshiro Muto, the director general of the Games' organizing committee, refused to comment on the report.

Concerns over the Olympics have grown in recent weeks as Japan has extended a state of emergency in Tokyo due to a spike in Covid-19 cases. The United States has now raised Japan to a Level 4 travel warning, advising against all travel to the country.

Yet despite the concerns, the IOC and the Tokyo Olympic Organizing Committee maintain that the Games will go ahead.

Former IOC vice president Dick Pound was the latest official to back the Games on Wednesday, telling Reuters that criticism to the Olympics in Japan was "political posturing" and insisting the event would go ahead.

Pound's remarks followed those of IOC Vice President John Coates, who last week insisted the Olympics will go ahead " whether there is a state of emergency or not."

The Games is scheduled to begin with the Opening Ceremony on July 23. The 11,000 athletes attending the Olympics are not required to undergo two weeks of quarantine when they arrive in Japan, but will have to test negative before flying and confine themselves to an Olympic bubble once in Japan.

Currently, North Korea is the only country to formally withdraw from the Games due to Covid-19 concerns.

Korea is set to send over 180 athletes to the Games to compete in at least 23 sports, although with postponed qualifications still underway in a number of sports, the exact number of athletes competing won't be confirmed until just days before the event is set to begin.