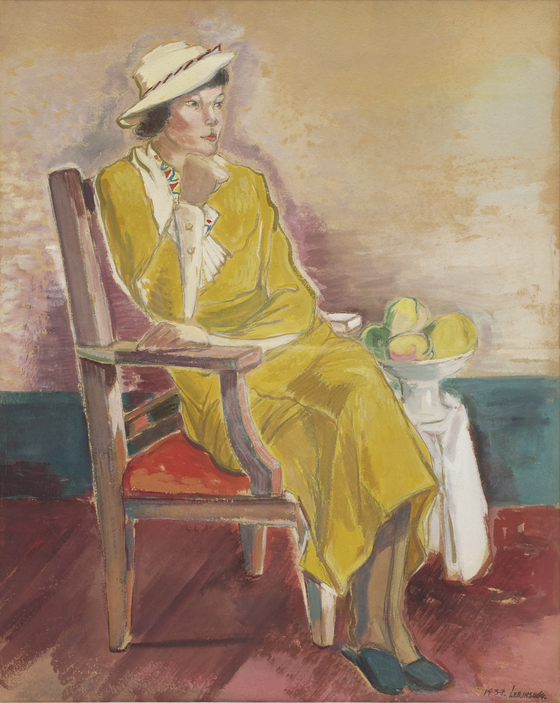 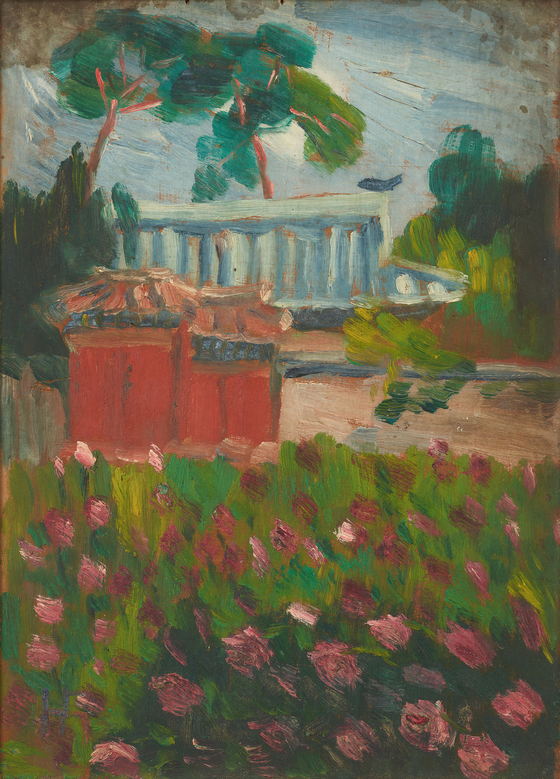 “Peonies of Hwayeongjeon Palace“ by the pioneering feminist writer and painter Na Hye-sok (1896-1948) is among the Lee collection donated to the MMCA. The remaining works by Na are scarce. [MMCA]


The race between local governments to set up a so-called “Lee Kun-hee Museum” in their regions is boiling over, even though the central government has not even confirmed whether a new separate museum will be established to house the extensive collection of the late Samsung Group chairman Lee Kun-hee.

After Culture Minister Hwang Hee said in an interview last week that a new museum needs to be built for Lee's collection, which was donated to national museums by his family a month ago, and that its location should be in the Seoul metropolitan area, he was faced with backlash from many local governments and lawmakers from outside the capital area who expressed hope that their region would become the home of the “Lee Kun-hee Museum.”

Many insiders in the art world in Korea are skeptical about the necessity of such new museum, while some are in support of the idea that a new national museum exclusively for modern art pieces from the late 19th and early 20th centuries should be established with the artworks falling into this category not only from Lee's collection but also from the collection of the National Museum of Modern and Contemporary Art (MMCA). 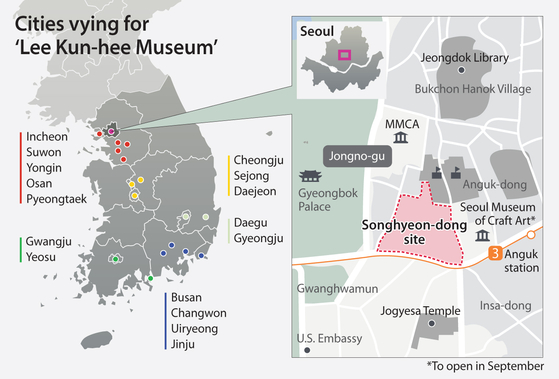 
For now, no decision about a “Lee Kun-hee Museum” has been made. Officials from the Ministry of Culture, Sports and Tourism said the ministry will organize a committee of experts to discuss the issue and will reach a conclusion as early as June.

The governments of more than ten cities and counties across various parts of Korea want the “Lee Kun-hee Museum.” They include metropolitan cities such as Busan, Incheon, Daegu and Gwangju whose governments argue the museum will greatly help them develop into a non-Seoul hub of art and cultural tourism, citing a big disparity in cultural facilities between Seoul and other cities.

Smaller cities and counties are also putting up a fight, citing their relationships with the late Chairman Lee, such as Suwon, Gyeonggi, where the headquarters of Samsung Electronics is located and Lee is buried; and Uiryeong country, South Gyeongsang, where Lee’s father, Samsung Group founder, the late Lee Byung-chul, was born. Yeosu, South Jeolla, is emphasizing the fact Lee bought a heart-shaped island in the city.

The “Lee Kun-hee Museum” frenzy started after President Moon Jae-in, on April 28, told his Blue House advisors to consider ways to set up “a separate exhibition room or a special gallery” for the donated collection. Earlier on that day, Lee’s family announced it had donated 23,000 artworks and artifacts from Lee’s vast art collection. Some 21,600 pieces of old art and artifacts including National Treasures went to the National Museum of Korea and about 1,400 pieces of modern art were donated to the MMCA. In addition, 200 pieces of Korean modern art went to the municipal museums of the regions related with the artists. 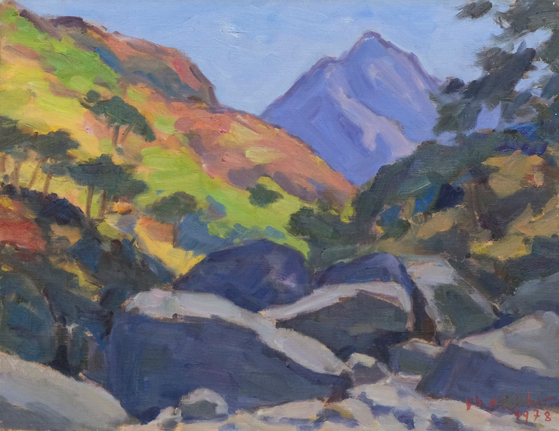 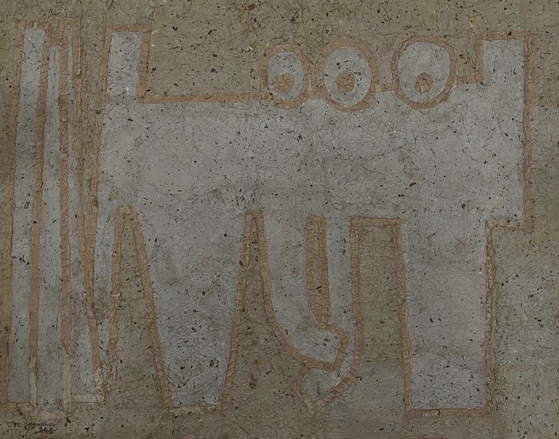 
After Culture Minister Hwang said in an interview with the daily newspaper Munhwa Ilbo last week that a new museum to house the collection should be established in the Seoul metropolitan area, citing “accessibility to many people,” lawmakers Hwangbo Seung-hee, Kim Seung-su and Lee Dal-don, whose constituencies are in Busan, Daegu and Changwon, immediately criticized him.

“Forty percent of Korea’s public museums are in the Seoul metropolitan area,” Lee said. “The government should see the provincial people’s feeling of being deprived that results from the cultural disparity.” Many other local governments issued statements of protest carrying similar messages.

These local governments hope a “Lee Kun-hee Museum” will have an economic impact on their regions by luring domestic and foreign tourists. Busan Mayor Park Heong-joon met with press at the Art Busan fair in mid May and unveiled his city's ambitious plan to open a “Lee Kun-hee Museum” in Busan’s Bukhang, or Northern Port, where a new opera house will also be built, to develop the area as a center of international cultural tourism.

The Korean public’s interest in Lee's collection is high, as seen from the thousands of comments on related news reports on the nation’s biggest Internet portal Naver. Amid the public interest, Daegu Art Museum announced last week that it would bring forward the opening date of an exhibition of 21 of Lee's donated works from December to June 29. 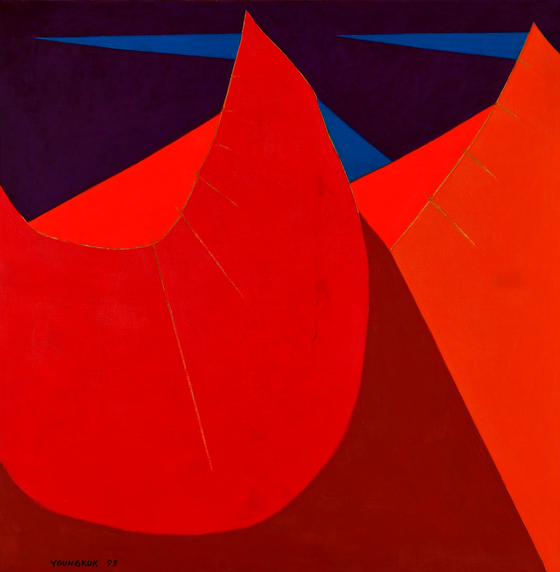 
However, in terms of foreign visitors, the impact a “Lee Kun-hee Museum” would have on tourism is uncertain. While the donated Lee Kun-hee collection may consist of important works in terms of Korean art history, there are only 119 pieces by renowned Western masters to lure foreign tourists — only seven of which are paintings. The other 112 are ceramic pieces by Pablo Picasso. While the entire Lee Kun-hee collection is said to have at least hundreds of “masterpiece-level” artworks by famous Western artists, the donated works are mainly from local masters.

Art experts are critical about the local governments' fight for a museum. “The intention of the donor is the first and most important thing to consider but the local governments seem to be ignoring that,” art critic Hong Kyoung-han, who served as the artistic director of the 2018 Gangwon International Biennale, told the Korea JoongAng Daily. He pointed out the Lee family had already allocated the donation to several national and municipal museums according to the historical contexts of the works.

"Local government leaders are approaching this issue from a purely political perspective,” Hong continued. “I’d like to tell them ‘If you are the least bit interested in culture, please first take care of the existing museums in your regions. I wonder if they know their museums have almost no budget for a new collection, no restoration specialist, just a few curators, and some of them even have leaky roofs!”

Among the Lee Kun-hee collection donated to the MMCA is “Paradise (1937) by Baik Namsoon (1904-1994). She was a rare female painter in Korea in the early 20th century. The painting is the only one remaining among the works she created at the height of her career. [MMCA] 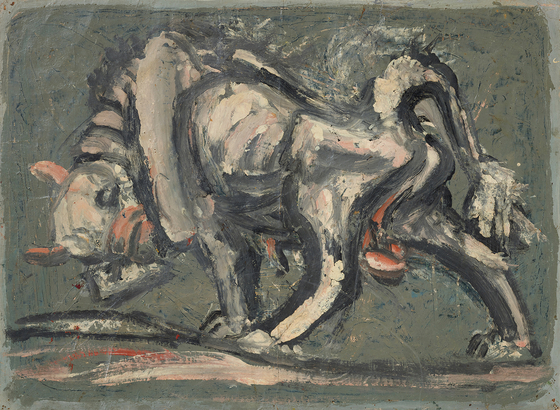 
About 380 art experts including curators, art historians, art dealers and artists held a seminar about the issue last Thursday and issued a statement calling for the establishment of a new national museum for geundae misul, or art from the late 19th and early 20th century, which could house about 1,000 works from the Lee Kun-hee collection donated to the MMCA and 2,000 works from the MMCA's own collection.

Geundae misul can translate to 'modern art' but its definition is different from that in the Western world, which also varies depending on art historians, but is often considered to be art ranging from the Impressionist or Post-Impressionist art in the late 19th century to art in the 1960s or 70s before the rise of Postmodernism.

“It will be a chance to shed light on geundae misul, which has long been ignored [compared to old art and contemporary art],” Jung Joon-mo, an art historian and former chief curator of the MMCA, said during the seminar. “If the Lee Kun-hee collection, which the Lee family already distributed to several museums depending on the characteristics of each item, is put together into one museum, it will just be like a general store and will become a laughing stock to the world’s museum experts.”

The art experts proposed the new museum should be built on an empty site in Songhyeon-dong, which is now owned by Seoul city after a complicated history of sales. The site is very close to the MMCA Seoul and the Seoul Museum of Craft Art that is set to open in September.

“A geundae misul museum is a better idea than a Lee Kun-hee Museum in a province, although I suspect the plan is also related to the interests of people in the art world who are seeking high positions in a new museum,” art critic Chungwoo Lee told the Korea JoongAng Daily. “Rather than an utterly separate museum, a geundae misul museum would be better as a branch of the MMCA for smooth exhibition planning and research.”