The logos of Studio Dragon, Skydance Television and Apple TV+ [EACH COMPANY]

The first project the three companies are set to work on together is 10-episode mystery fantasy comedy series “The Big Door Prize.” It is based on M.O. Walsh’s bestselling novel of the same name and will be adapted by David West Read, the award-winning producer behind “Schitt’s Creek.”

According to Studio Dragon, it marks the first time for a Korean production company to produce an American drama series for a global audience, beyond the sale of finished content or sale of remake rights.

"Since introducing Korea’s first drama studio model in 2016, Studio Dragon has continued to challenge itself to gain competitiveness in the global media market and in particular, has made efforts to directly enter the U.S. market,” said Kang Chul-ku, CEO of Studio Dragon. “Through this project, we will develop into a global studio so that we can create more opportunities for talented Korean content creators to play on the world stage.” 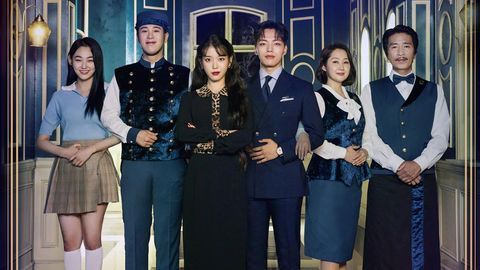 Studio Dragon to promote its dramas in The SandBox