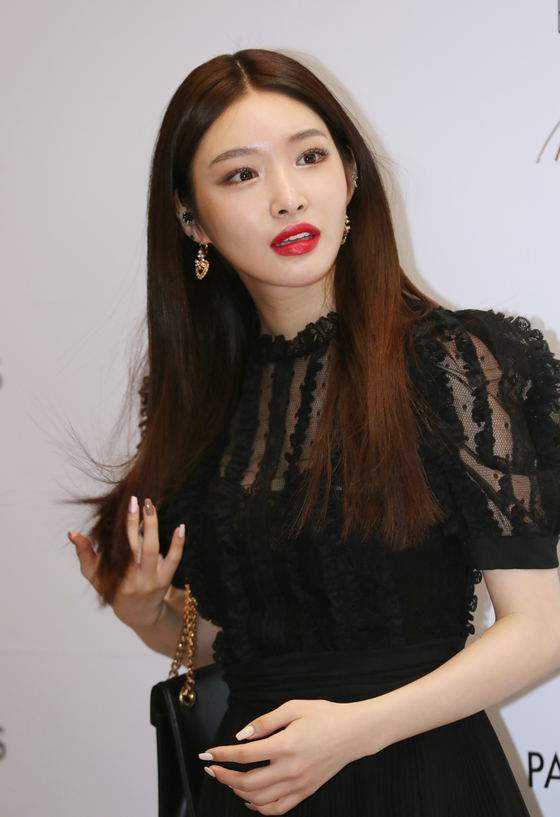 
More celebrities have been confirmed infected with the coronavirus, prompting a number of several scheduled movie releases and screenings to be pushed back.

Singer Chungha’s agency MNH Entertainment said that the talent was confirmed positive on Monday, and she started her mandatory quarantine. Others with the agency who had contacted the singer are in the process of getting Covid-19 tests.

Movie director Min Kyu-dong who participated in a directors’ week event as part of a movie festival in Chungmuro in central Seoul were confirmed positive with the virus. Subsequently, movie and music stars have been getting tested after crossing paths with them. Singer Um Jung-hwa canceled her scheduled appearance at a music awards ceremony on Dec. 6 after coming into contact with the director.

The release of movie “Seobok,” which was set for this month, was pushed back without any fixed date. Other films, like the animated “Soul” by Disney and Pixar, have canceled media screenings.

Staff members at entertainment agencies who work closely with celebrities were also confirmed positive for the coronavirus. CNBlue and AOA’s agency FNC Entertainment also has a staff confirmed infected. The staff was reportedly working from home in recent weeks.


Both managers of actor Kwon Sang-woo and actor Ryu Soo-young were also confirmed to have contracted the virus. While Ryu had no contact with the staff, Kwon did and has been tested. The result was negative, but he is reportedly self quarantining as a precaution.