Travelers hopes are raised as some international flight routes return

Travelers hopes are raised as some international flight routes return 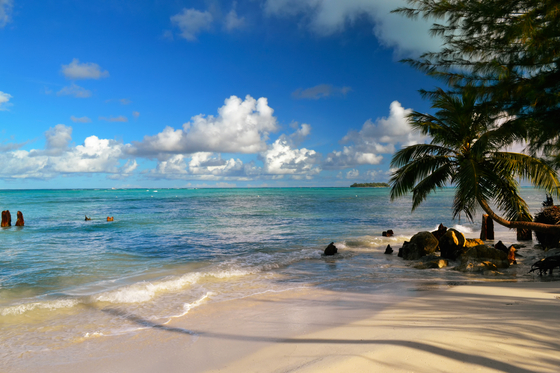 Both Jeju Air and Asiana Airlines have revealed plans to reinstate their routes from Korea to Saipan. [SHUTTERSTOCK]

After the news this week that some airlines are reopening routes that had been closed due to Coivd-19, people are hopeful that their summer plans to travel overseas might not have to be delayed for another year.

From June 8, Jeju Air will resume its regular flights to Saipan once a week after they were halted for over a year. Asiana Airlines also plans to soon resume its route to Saipan.

“We have been operating some other international routes, but along with the increase in availability of vaccines, it is hard to say there is no correlation with how locals here are getting more optimistic about international travel,” said Kim Tae-young, a communications team official with Jeju Air.

With the arrival of vaccines by Jansen in Korea, as well as many securing “no-show vaccines” through an online reservation system introduced last week, hopes are high that international travel may be on its way to returning to normal. Even the stocks of major companies in the travel industry such as Hana Tour, Mode Tour and Korean Air have climbed throughout this week.

“The sentiment from the public is definitely changing,” said Cho Il-sang, a manager of Hana Tour’s communications team, adding that more people are making inquires about travel. “Koreans seem to have a different travel pattern from those in Europe where traveling for a longer time is possible. Because planning a rather short and improvised trip at the last minute is quite common among Koreans, people are just more ready to depart for anywhere at any time.”

The reinstated routes to Saipan have increased anticipation that the same could happen for routes to nearby Guam. Pacific Daily News, a media company based in Guam, reported on May 27 that the Guam Visitors Bureau (GVB) is working with its governor to lift the mandatory quarantine for those who are vaccinated with AstraZeneca. The plan is believed to target Korean travelers as AstraZeneca has been the most common vaccine in the country. Guam currently only allows people vaccinated with America’s FDA-approved shots to be exempt from quarantine.

T'way Air has asked Korean authorities to allow it to fly to Guam while Jeju Air is also considering making a similar request. Korean Air has started selling tickets for flights to Guam that are set to resume from November.

JTBC, an affiliate of the Korea JoongAng Daily, reported that the government is reviewing which countries to operate a travel bubble with, which would see vaccinated citizens from participating countries be exempted from quarantine. The report said Singapore and Saipan are some of the countries being considered. New Zealand was also on the list, but it decided to exclude destinations that require a relatively longer flight time. It also reported that the government is working to find a way to confirm the vaccinations of foreign travelers.

With some international travel on the horizon, questions are being raised about whether or not it will be affordable.

Cho of Hana Tour says “yes,” as long as travelers stick to the same patterns they followed in the pre-pandemic times. However, for those who enjoyed package deals on group tours, that may not be possible. People are also favoring breaks in nature as they feel safer in outdoor spaces as opposed to city breaks.

“Since safety has become the key thing when it comes to travel, people tend to visit places that are less crowded and follow a certain level of hygiene guidelines,” said Cho. “That means changes in travel packages, which could result in an increase in prices.”