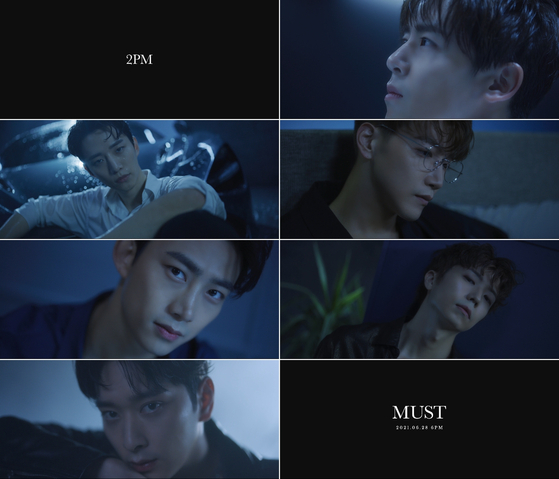 Members of boy band 2PM are featured in the scenes from “2PM 〈MUST〉 Trailer: The Hottest Origin,” released on Monday. [ILGAN SPORTS]


Boy band 2PM is making a return to the entertainment scene after a five-year hiatus.

Its agency JYP Entertainment posted on its official social media channels on Monday a video titled “2PM 〈MUST〉 Trailer: The Hottest Origin,” and revealed that the title of the upcoming album will be “Must.”

The new project will be unveiled on June 28.

Junho completed his military duty in March, becoming the final member to complete their service.