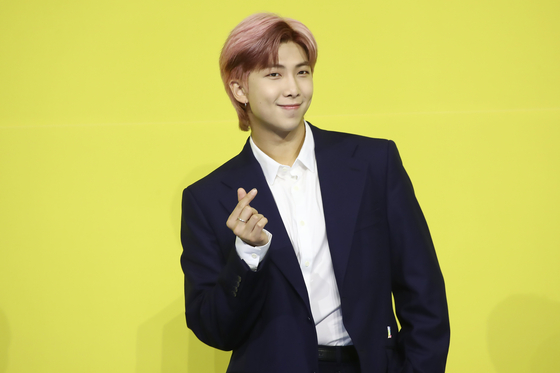 BTS leader RM surprised fans with the release of his solo track “Bicycle” on Monday, three years after his last solo work “mono.”

“I have always wanted to make a song about a bicycle,”said the rapper on BTS’s official blog. “I was a bit tired from preparing for the next series, the release date of which hasn't been confirmed, and then I found a good excuse that Festa (BTS’s fan event) is coming up, so I made a new song and released it.”

Festa is the band's annual celebration to commemorate its debut on June 13, 2013.

RM continued that he spent a lot of time riding a bicycle in February and March. He put together the lyrics as he was cycling.

“When I put my two feet on the pedals, I always get a little sad,” said RM. “Maybe that’s because I have a lot of things I miss. [When I ride a bicycle,] that’s when I think I’m the most free physically, which rarely happens.”

Customers play with their food and companies catch on