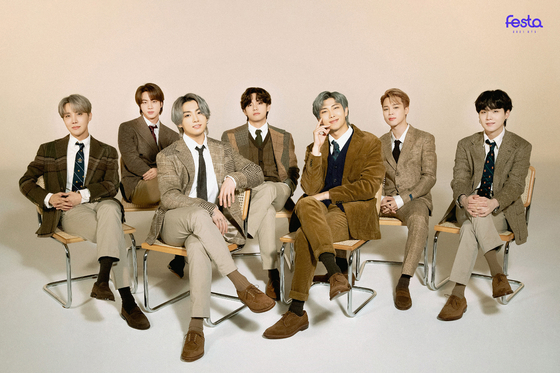 BTS made a special online concert to show ARMY what it's all about as part of its eighth anniversary celebration since its debut on June 13, 2013.


“New ARMY have not gotten to see our concert, and we really wanted to let them experience the heat you can feel at the event,” said member V, in the video released prior to the two-day online concert “BTS 2021 Muster Sowoozoo” started on Sunday.

“Let’s go together until we celebrate our 10th anniversary.”

Different from other online concerts that are usually shot inside for better use of computer graphics, BTS held a live performance outdoors in an attempt to bring out the more real-time, upbeat ambience.

Members take turns sharing their memories of the past eight years with each other as well as with fans, and then continue singing and
performing.

To engage fans even more, BTS selected a few fans in advance through special events, and those fans were shown cheering live for the band online in the middle of the concert through a screen set up outdoors.