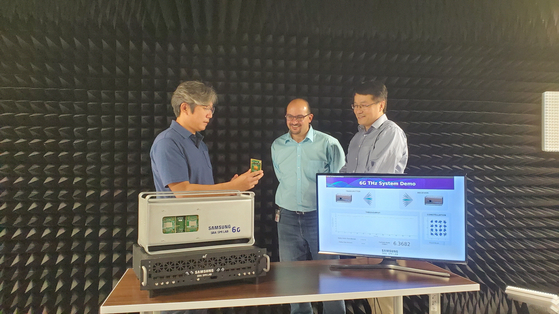 “Samsung has been at the forefront of technological innovation and standardization of 5G and 6G,” said Senior Vice President Choi Sung-hyun, who heads the Advanced Communication Research Center at Samsung Research.

“As we shared in our 6G vision white paper last year, we believe new spectrum opportunities at the THz spectrum will become a driving force of 6G technology. This demonstration can be a major milestone in exploring the feasibility of using the THz spectrum for 6G wireless communications,” he said.

Samsung released a 6G white paper that set the goal of commercializing the next-generation network by 2028.