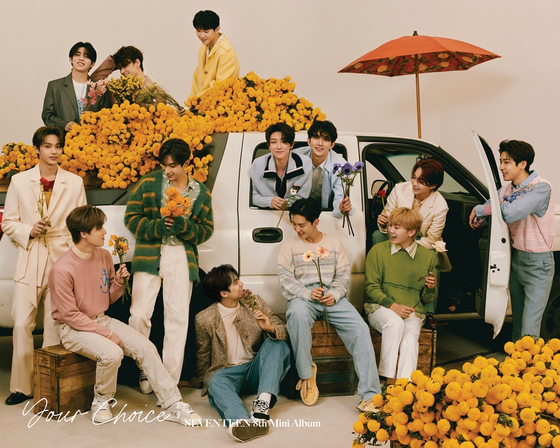 
Boy band Seventeen has confirmed it will appear on American TV channel ABC’s talk show “Jimmy Kimmel Live!” for the first time, according to its agency Pledis Entertainment Wednesday.

The show with the K-pop talents will go on air June 23.

The band will perform “Ready to Love” off of its eighth EP, “Your Choice.”

The new EP is set to be released worldwide on June 18. In Korea, the EP will be released online through major music outlets at 6 p.m. At 4:30 p.m., the group will have a global press conference to better introduce its upcoming work.