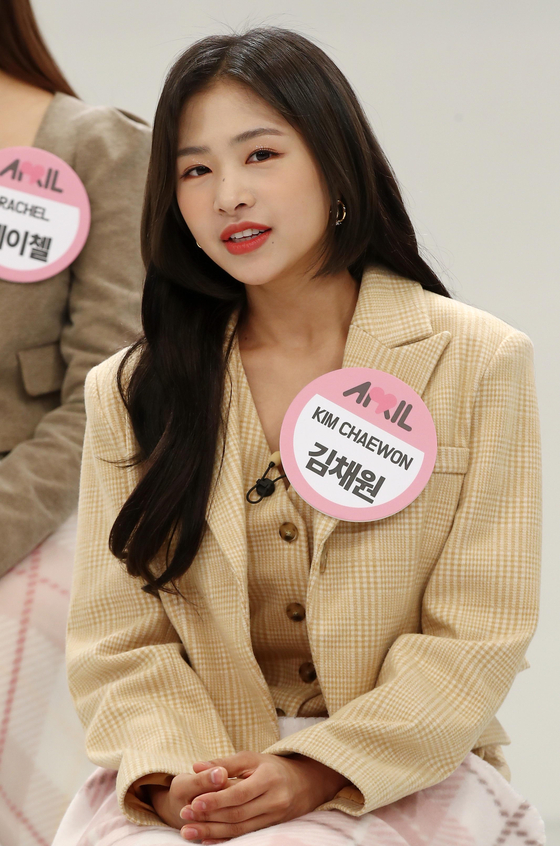 
Chaewon from the girl group April refuted claims by former member Lee Hyun-joo that she was bullied while in the group.

Chaewon uploaded a statement on the group’s official fan community site on Thursday.

“As we were preparing to debut [as April], Hyun-joo seemed to be overwhelmed by the amount of time we spent practicing, saying that she was often sick,” she wrote. “She often missed lessons that we needed to participate in, and our managers did their best to care for her, but she was always missing out on things that we needed to do.”

Chaewon pointed out that Hyun-joo went missing on the day of the group's stage debut on Aug. 25, 2015 but eventually appeared right before they went on live.

“I want to ask Hyun-joo now,” Chaewon wrote. “She always told me that she was grateful that I tried to be so understanding, so why is that backfiring on me as she accuses me of being someone who bullied her? I want to ask why is she going around spreading false rumors.”

Chaewon said she has evidence to back up her claims, such as text messages she sent her parents and records from counseling sessions.

In February, the group became embroiled in bullying accusations after a netizen claiming to be the younger brother of Lee wrote online that his sister was bullied by her fellow group members, which led to her dropping out of the group in 2016.