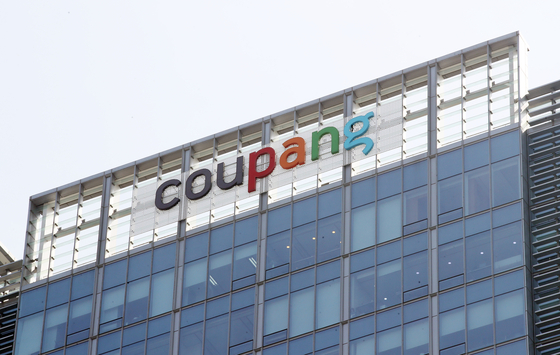 After a wildly successful IPO, Coupang is cashed up and ready to take on competitors gunning for the leadership position in Korea’s highly-competitive e-commerce market.


About $4.5 billion worth of shares were sold, giving Coupang a valuation somewhere around $50 billion.

The price was upped during the IPO from the original range of $27 to $30 to a maximum of $35, and an additional 10 million shares were offered, taking the sale to 130 million shares.

The SoftBank-backed, Delaware-registered company is the second-largest e-commerce player in Korea. SoftBank owns 33.1 percent of the company.

“The stock could be volatile, but I anticipate a $43 billion market capitalization,” said Lee Ji-young, an analyst at NH Investment & Securities. “Considering Coupang’s potential and its possibility for expansion, Coupang is undervalued despite its debt and the intensifying competition” in the e-commerce market.

The company has never generated profit since it was founded in 2010 even during the pandemic despite a delivery boom due to lockdowns and work-at-home guidelines. In 2020, it managed to lose $474.9 million and now has an accumulated loss of over $4 billion.

Using the funds from the IPO, Coupang is expected to expand its weak sales categories, like fashion, beauty and furniture, and offer services like logistics, advertising and consulting to individual vendors.

The company’s strong position and aggressive expansion could lead to a consolidation by competitors.

“Coupang’s extensive investment will cause rivals to form a coalition. Those who make a successful coalition are projected to benefit in the e-commerce market that will rapidly become oligopolistic,” Lee added.

Ahead of Coupang’s public trading, Naver, which operates Naver Shopping, and Shinsegae Group signaled a possible partnering of their online shopping businesses.

Shinsegae Group Vice Chairman Chung Yong-jin met Lee Hae-jin, Naver founder and its global investment officer, at Naver headquarters in Seongnam, Gyeonggi, on Jan. 28. Neither company provided details on whether they will form a strategic partnership, but media reports state they could swap shares.

SSG.com has strength in groceries, while Naver had the highest e-commerce market share last year, with 17 percent, followed by Coupang’s 13 percent.

If they swap shares, Emart could “use Naver’s technologies and also partner with those firms Naver has invested in,” said analyst Kim Myoung-joo from Mirae Asset Daewoo.

In partnership with Emart, Naver can strengthen its grocery business and its delivery infrastructure – its current weaknesses.