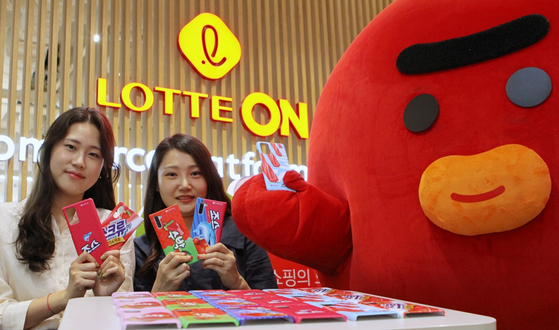 
eBay Korea is in play, and its sale could shake up the already cutthroat e-commerce market.

The list of potential suitors includes the biggest names in IT and retail, including Coupang, Naver. Kakao, SSG.com, Hyundai Department Store and Lotte.

For them, eBay is particularly attractive because it has managed to crack the code on profitability, having been in the black since 2005. Others have had trouble making money, with Coupang losing trillions over the past few years as it tried to become Korea’s Amazon.

It operates key brands, including Gmarket and Auction, which might be attractive to struggling competitors.

Last week, eBay announced it “has initiated a process to explore strategic alternatives for its Korean business.” Though the San Jose, California-based company did not use the word “sell,” employees from eBay Korea are quite certain the Korean unit will be sold.

The company has been under pressure from shareholders to ditch units and increase earnings.

“There are two reasons why a company sells off its assets,” said Seo Yong-gu, a professor of business administration at Sookmyung Women’s University. “One is because it is suffering losses and the other is to sell it at an optimal time. The latter seems to be the motive for the decision on eBay Korea as Korea’s e-commerce market is growing.”

Finalizing the sale of the Korea unit could take some time.

“Details, like how it would take between six months to a year for the sell-off, was mentioned during an executive and staff member meeting,” said a spokesperson for eBay Korea on Sunday.

eBay Korea’s price tag is expected to be around 5 trillion won, according to market projections.

The sale of eBay Korea could intensify competition.

“Depending on who buys eBay Korea, competition in the short run could intensify,” said analyst Kim Myoung-joo from Mirae Asset Daewoo.

Online shopping transactions last year are estimated to have reached 150 trillion won, up 11 percent from 135 trillion won in the previous year.

Coupang may also go public, which would allow it to endure more losses. Bloomberg reported Coupang is seeking to go public on the Nasdaq in the second quarter. The company did not confirm a date or the exchange on which it may list.

11st is working with Amazon and may sell 30 percent of its equity to the U.S. company, while TMON is gunning for share with its "time commerce," which offers discounts on certain products at different times. A report from Nielsen Koreanclick, a research firm, showed TMON ranked No. 1 for two consecutive weeks in January in terms of user time on platform.

Naver and Kakao are also expanding their footprints in the retail industry by utilizing their existing subscriber lists. Kakao is focused on a gift-sending service via KakaoTalk, while Naver is expanding e-commerce business through individual sellers by offering lower commissions than on other platforms.

Lotte, Shinsegae and Hyundai Department Store haven’t been able to lead the online era due to their slow adoption of online business.

Among them, Shinsegae Group’s SSG.com is doing relatively well through its focus on groceries and automated distribution centers.

Sales of SSG.com’s groceries accounted for 48 percent of the total sales last year from 42 percent in the previous year, according to a report from IBK Securities. It also diversified to generate synergy effects of offline and online markets by remodeling one of its branches into a mini distribution center. Annual transactions made on SSG.com are estimated to have surpassed 4 trillion won last year compared to 3 trillion won in 2019.

“Market cap for Lotte Shopping as of Jan. 22 was 3.28 trillion won and 4.85 trillion won for Emart, whereas Coupang’s market value stands at 32 trillion won,” said a source from the retail industry who wished to remain anonymous. “As the online shopping market continuously grows, the competition becomes fiercer, and there will be a lot of companies that are left out in the process.”