What’s in a backpack?

What’s in a backpack? 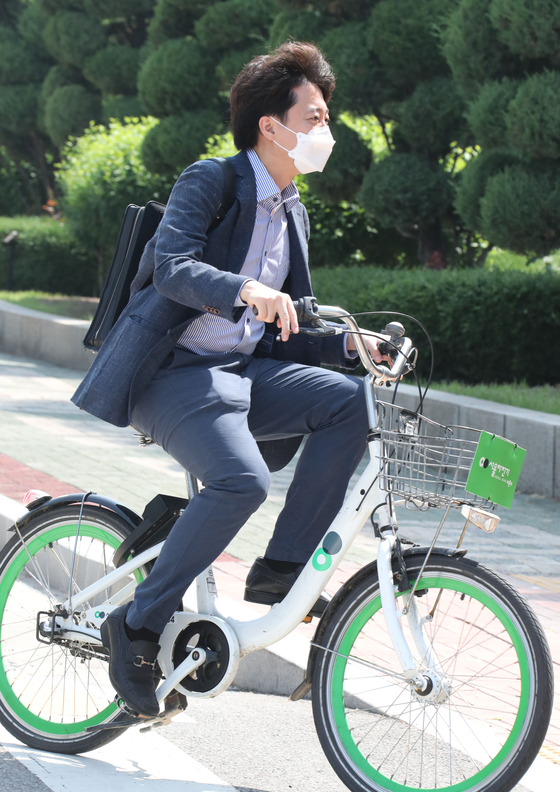 New opposition leader Lee Jun-seok wears a backpack and rides a bike to report to work in the National Assembly on June 13. [OH JONG-TAEK]

According to Time magazine, the first zippered backpack was created by Gerry Outdoors in 1938. Backpacks can conveniently carry various things inside and became popular for camping and hiking. Backpacks completely changed the culture for commuting students.

According to Wikipedia, the word “backpack” was coined in the U.S. in the 1910s. In Korea, goenaribotjim is similar to backpack. It means a small bundle wrapped in a cloth and worn on the shoulders. Things to use during a trip are wrapped in a big, white cloth and worn on the back. In the Joseon Dynasty, scholars travelling for exams packed paper, brush and ink in the bundle. In a way, a backpack is a modern interpretation of goenaribotjim.

Whenever a backpack appears in the National Assembly, it gets noticed. People paid attention to the backpack of Lee Jun-suk, new head of the conservative opposition People Power Party, as well as former Justice Minister Cho Kuk.

Something quite common for people working in Gwanghwamun can be something drawing attention in Yeouido. It may be political magic or a discrepancy between the National Assembly and ordinary citizens. I hope Lee will introduce the daily life of working people to the National Assembly.