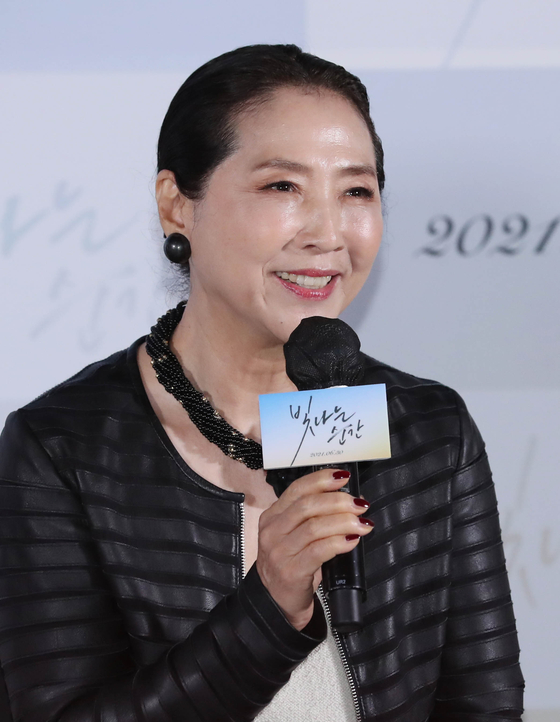 
Actor Goh Doo-shim was awarded the Best Actress Award at the Asian Film Festival for her role in her latest film "Everglow," the first ever award from an overseas film festival for the actor.

The 18th Asian Film Festival was held in Rome, Italy, from June 17 to 23. According to the film's production company Myung Films, Goh was given the award on the last day of the festival.

Goh, born in 1951, debuted in 1972 and is one of the most respected actors in the Korean film scene. She has taken home almost all of Korea's esteemed film awards such as the Baeksang Arts Awards, but this marks her first award to come from an overseas film festival.

"I am so happy," the actor said through a press release. "I'm so grateful for the fact that people from the other side of the globe also liked 'Everglow.' My parents would have been so happy if they were alive."

"Everglow" revolves around Jin-ok, played actor Goh, a veteran Jeju haenyeo who makes a living by diving into the sea and collecting seafood. Young documentary producer Gyeong-hun, played by actor Ji Hyun-woo, travels to Jeju to interview her and soon an unlikely relationship forms between the two.

The film will hit local theaters on June 30.