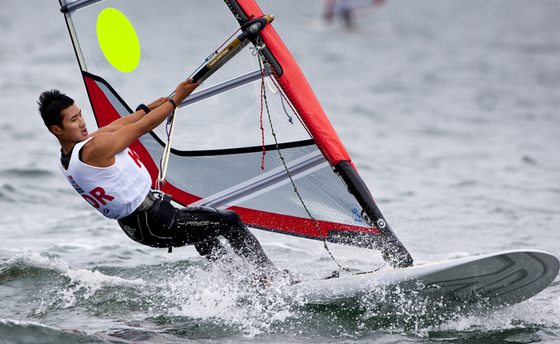 
Four Korean men will sail for gold in three classes at the Tokyo Olympics.

Cho Won-woo will compete in the men's RS:X, having qualified when he finished ninth at the 2019 RS:X Windsurfing World Championships.

Ha Jee-min will compete in the men's laser. Ha qualified earlier at the 2018 World Championships, where he finished 22nd.

Park Gun-woo and Cho Sung-min will compete as a team in the 470. They both earned their berth when they won the 2019 Asian Games.

Ha and Cho Won-woo have experience on the big stage. Ha is already a three-time Olympian, having sailed in the men's laser class at the 2008 Beijing, 2012 London and 2016 Rio Olympics where he finished 28th, 24th, and 13th respectively.

On top of his Olympic experience, Ha has three Asiad gold medals to his name, as he won at the 2010 Guangzhou Asian Games, 2014 Incheon Asian Games and at the 2018 Jakarta Asian Games. 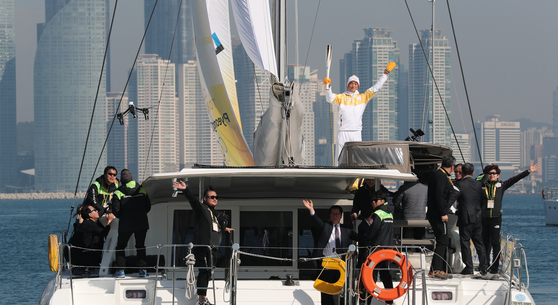 
Cho Won-woo was also at the Rio Games but was hospitalized after he had a high fever, dehydration and vomiting after the second day of the RS:X class event, one of four athletes to fall sick that day. Cho was discharged a day after and continued, finishing 23rd among 28 contestants.

Cho Won-woo became a rising star in 2011 and 2012, when he became the first Asian player to win the Youth Sailing World Championship two consecutive times.

Sailing made its Olympic debut at the 1900 Games, and has appeared at every Games since then.

There are six different classes of boat with 10 medal events.

Laser, RS:X, 470 and 49er boats are sailed in both men's and women's events, while Finn boats are used exclusively in men's events and the Nacra 17 is used in a mixed event.

There are five medals available for men — RS:X, Laser, Finn, 470 and 49er — four for women — RS:X, Laser Radial, 470 and 49erFX — and the one Nacra event in the mixed category. 49erFX and Nacra will be making their second appearance at the Games in Tokyo, after debuting in Rio.

There are a series of races for each class, and athletes are awarded points according to their position for each race. The first gets one point, the second gets two and so on. The player with the fewest points wins.


Despite the name, the RS:X event — where Cho Won-woo will compete — is actually a windsurfing competition.

The men's laser event, where Ha will compete, uses a one-person dinghy, which is a small boat with no engine or cabins. 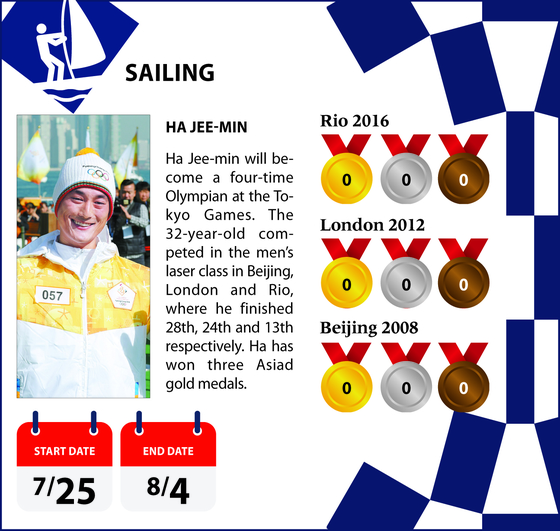 Korea has won a total of 22 gold medals at the Asian Games, second in the medal table after China. Despite that, Korea is yet to win an Olympic medal. The best Team Korea has done so far is Ju Sun-an finishing 13th in the women's mistral during the Sydney Games. Ha also finished 13th in the men's laser in Rio.

The sailing competition starts on July 25 with the men's RS:X and men's laser later that day. The event finishes on Aug. 4 with the men's 470 medal race. It will be held in Enoshima, south of Tokyo.