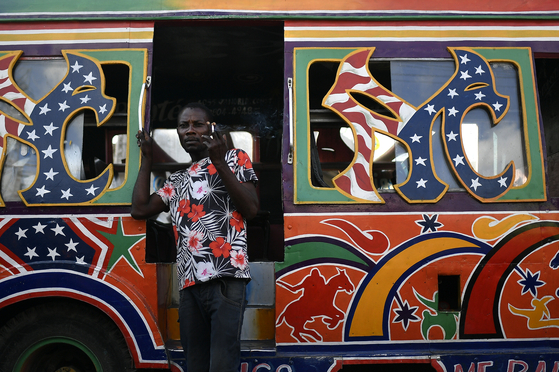 A Korean missionary couple kidnapped in Haiti were released over the weekend, the Ministry of Foreign Affairs said Monday.

“The Korean missionary couple kidnapped by an unidentified group on the outskirts of Port-au-Prince on June 24 was freed safely on Saturday local time,” the Foreign Ministry said in a statement. “They are in good health, and left Haiti on Sunday on a flight, and will be arriving in Korea shortly.”

The couple was kidnapped on June 24 while traveling near the capital city. The next day, First Vice Foreign Minister Choi Jong-kun asked for help in a call with Haiti’s Foreign Minister and acting Prime Minister Claude Joseph.

Lee In-ho, Korea’s ambassador to the Dominican Republic and non-resident ambassador to Haiti, was dispatched to Port-au-Prince to coordinate with local authorities.

“We have asked all Korean residents of Haiti to look out for their safety,” the ministry said, mentioning the assassination of Haiti’s President Jovenel Moïse last week. “Updated information on flights out of Haiti are being provided to the residents, who are advised to travel out of Haiti in the near future.”

Korea issued a Level 3 travel warning for all areas of Haiti in February 2019 following prolonged anti-government protests. The warning, the second-highest in Korea's four-level travel warning system, recommends all Koreans to cancel or postpone travel to Haiti, and asks all Korean residents in Haiti to leave the country unless their continued stay is absolutely necessary.

There are reported to be around 150 Koreans in Haiti.

According to the Overseas Security Advisory Council, a public-private security agency of the United States, around 757 protests took place in Haiti in 2019.

As many as 234 abductions took place in Haiti in 2020, according to the United Nations Integrated Office in Haiti, counting only the ones reported to authorities. 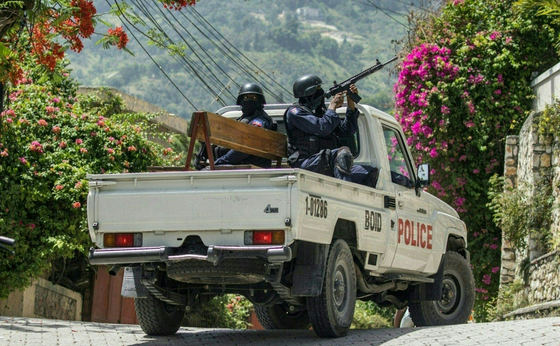 Police patrol outside the Embassy of Taiwan in Port-au-Prince, Haiti on July 9, after 11 suspected assassins of Haitian President Jovenel Moise broke into its embassy in an attempt to flee but were later apprehended by police. [VALERIE BAERISWYL/AFP]