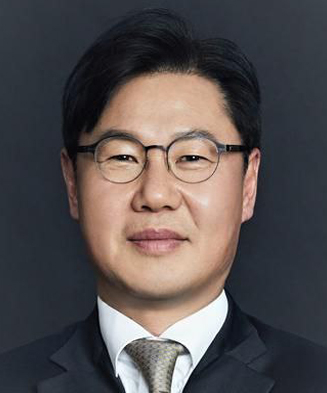 Kang, 55, who has served as deputy minister for legal affairs in the Ministry of Justice since last year, will fill a post left vacant after former Vice Justice Minister Lee Yong-gu resigned in June over allegedly assaulting a taxi driver.

Kang is the second person without a prosecutor background appointed to the position after his predecessor Lee, also a former judge. The Moon administration has been trying to minimize the power of prosecutors in the Justice Ministry.

Park Kyung-mee, the Blue House spokesperson, said that Kang is expected to “continue to push forward with the Justice Ministry's immediate tasks, such as judicial and prosecution reform and policy crimes on women and children.”

Kang, she added, has a “deep understanding of the ministry's general affairs and outstanding legal expertise.”

A native of Mokpo, South Jeolla, Kang is a graduate of the Korea University Law School.

Kang, a former senior judge with the Seoul Central District Court and Seoul Northern District Court, served on the bench for 21 years. After retiring, he practiced law, joining the Jipyong law firm in 2015. He was appointed to lead the ministry’s legal affairs bureau in July 2020 by former Justice Minister Choo Mi-ae.

He is expected to start his new job Wednesday.

His predecessor Lee is being investigated for allegedly assaulting the taxi driver while intoxicated on Nov. 6, 2020, shortly before being appointed vice minister of justice. Lee has admitted to pressuring the taxi driver to lie to the police and has been accused of trying to cover up the incident by paying the driver to destroy a video record from the cab’s black box.

With less than six months under his belt, Lee offered his resignation on May 28, which Moon accepted on June 3. Lee was the first non-prosecutor to become vice justice minister.