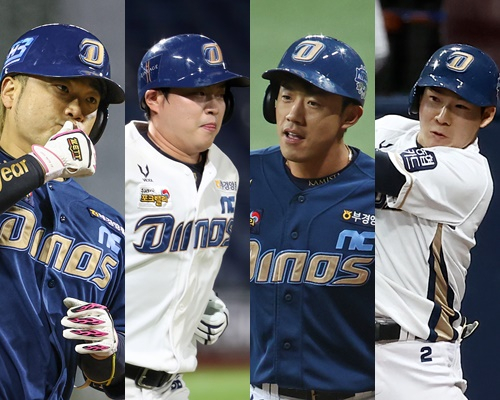 
The four NC Dinos players at the center of the Covid-19 crisis that forced the KBO to cancel a week of games have been banned from playing for the rest of the 2021 season.

Park Sok-min, Kwon Hui-dong, Lee Myung-ki and Park Min-woo were all given a 72-game ban at a KBO disciplinary meeting on Friday, taking them out of the KBO for the rest of the season as the Dinos only have 70 games left to play.

The four players gathered in a hotel room while on the road in Seoul on July 5, eating chicken and drinking beer with two acquaintances. The gathering breached Covid-19 social distancing rules, which at the time limited group meetings to four people, and went late into the night.

Three of the four NC Dinos players later tested positive for Covid-19, with only Park Min-woo, who had been fully vaccinated as a member of the Olympic squad, testing negative.

The infections spread to the Doosan Bears, who the Dinos were playing at the time, and eventually caused the KBO to halt all games from July 13, one week before the Olympic break was supposed to begin.

Park Min-woo has since stepped down from the Olympic squad.

The breach of Covid-19 rules angered fans, who have, on the most part, been following strict rules that limit the number of people able to attend baseball games, require them to sit in separated seats and ban alcohol or food from the stands.

The Dinos also faced criticism for not immediately revealing that their players had breached the rules.

The Kiwoom Heroes and Hanwha Eagles on Friday announced that they had also disciplined players who met people outside of the team while away at road games.

The Dinos, the reigning champions in the KBO, are currently struggling in fifth place with 37 wins and 35 losses.