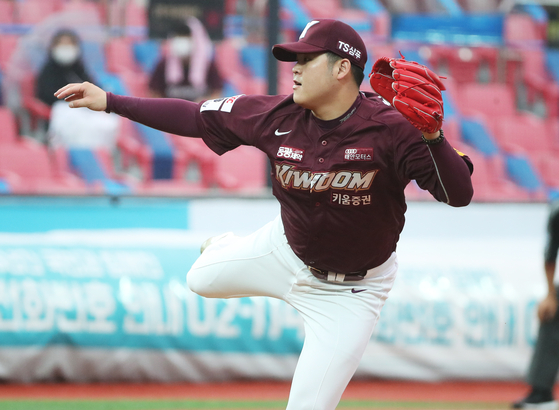 Han, while on the road with the Heroes in Suwon, went for drinks with a teammate and three other guests outside of the team hotel.

The gathering broke the four-person limit in place at the time, but as Han was vaccinated he technically didn’t count. However, because the drinking session happened late at night, authorities are still checking whether it broke distancing rules and Han opted to step down from the national team amid the controversy.

Han will be replaced on the team by major league veteran closer Oh Seung-hwan of the Samsung Lions.

Last week, NC Dinos player Park Min-woo also withdrew from the Olympic team after he breached Covid-19 rules with three teammates, ultimately causing the KBO to be suspended for a week.

Kim Hyun-soo hits third home run in as many games