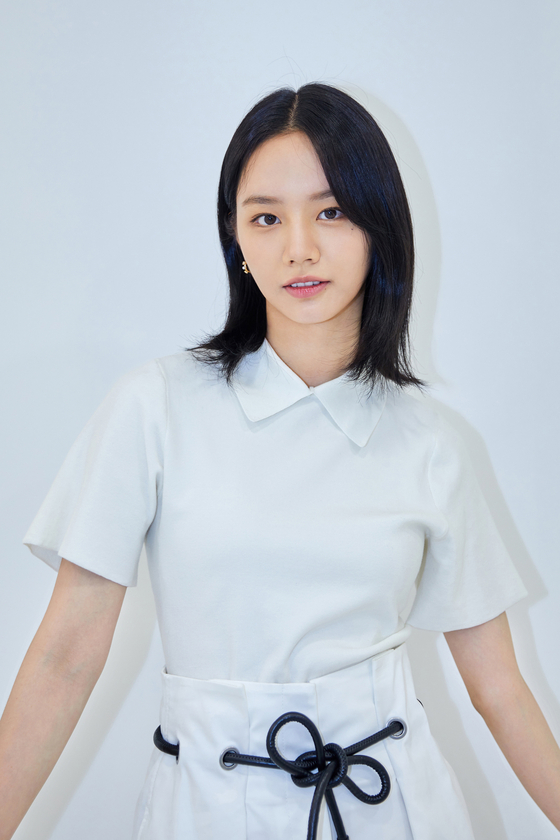 
When the trailers for tvN drama series “My Roommate is a Gumiho” first dropped on YouTube in May, the fans of the original Naver webtoon “Frightening Cohabitation” were ecstatic with how the main characters, Lee Dam (played by actor Lee Hye-ri) and Shin Woo-yeo (played by actor Jang Ki-yong) had been portrayed.

The immensely popular webtoon is a rom-com based on a 999-year-old gumiho named Shin Woo-yeo and college student Lee Dam, who become roommates. Gumiho, according to local folk legends, is a nine-tailed fox who possesses impeccable beauty in human form in order to seduce humans and collect and absorb their energy. If the creatures manage to accumulate enough energy, they can remain in human form permanently.

However, it didn't take long for some fans to notice that Lee Dam’s personality was different from the original work. Unlike the mostly calm and composed nature the original character displayed, the Lee Dam that actor Lee Hye-ri portrayed seemed perkier and more upbeat. During an online interview with the Korea JoongAng Daily on Thursday, Lee, who revealed that she was a huge fan of the original webtoon, said she felt more confident that she could pull off the adapted version of Lee Dam when she read the script for the drama series. 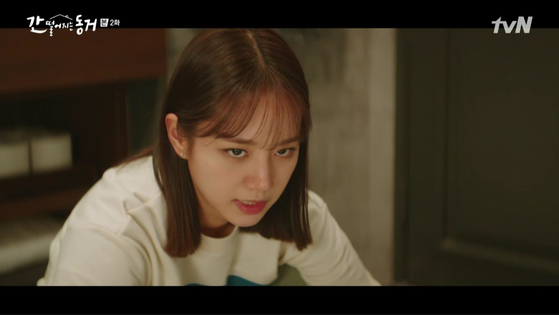 Lee Dam, played by Lee Hye-ri, in the tvN series "My Roommate is a Gumiho" is much more bubbly than the original character from the immensely popular Naver webtoon. [TVN]


“But I was worried about how well I would be able imitate the physical appearance of Lee Dam,” Lee said. “I felt pressured, but when I met the director and the writers for the first time, they told me that the webtoonist actually based the character on me. That really boosted my courage to try this out.

“I still vividly remember the first time I appeared as Lee Dam,” Lee said. “Her trademark is her bobbed hair, and it had been a while since I had gotten a haircut. I wore sweatpants with a yellow hoodie, and I felt then that I was able to match some of the fans’ expectations of the character.” 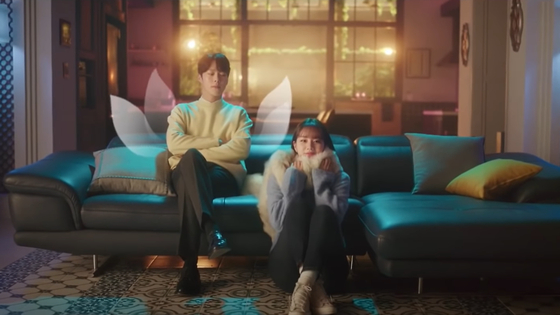 A scene from the trailer of "My Roommate the Gumiho," which dropped in May. The series based on the romance a 999-year-old gumiho (played by Jang Ki-yong) and 22-year-old college student Lee Dam (played by Lee). [TVN]


In the series, the 27-year-old actor portrays a 22-year-old in her junior year of college. The actor imagined her character and the youth nowadays as “enthusiastic, honest, and putting their feelings first.”

“They may be individuals who aren’t really interested in others around them, but I think they are also very sensitive toward trends,” she said. “So maybe they seem to be cold on the outside, but I think on the inside they are very tender.”

The actor contends that she and her character are about 80 percent similar. 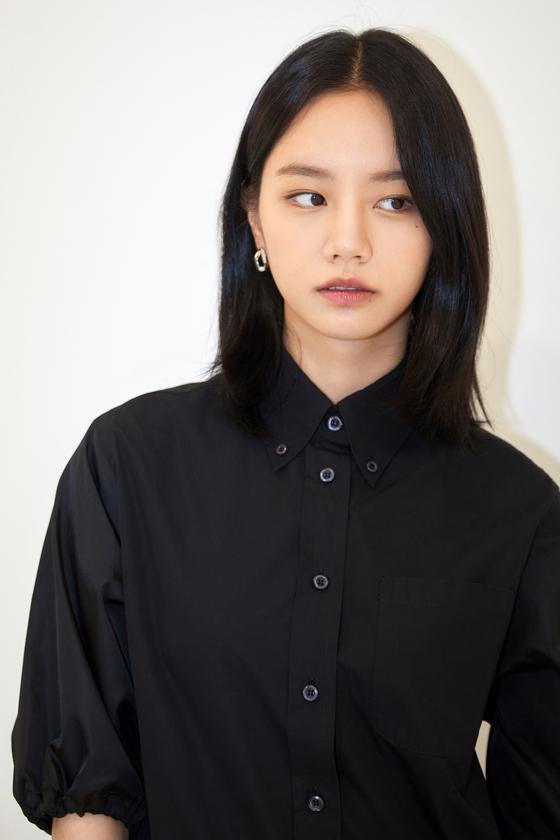 
“The similarities are that we are both straightforward, and we constantly think about our thoughts and feelings,” Lee said. “What was different was that I’m really friendly and not that shy, whereas I think Lee Dam might be a little cautious in front of strangers. Personally, I’m really interested in people and curious about them, but I think Lee Dam is a little more focused on herself and her close circle of friends and family.”

Portraying Lee Dam led the actor to reflect on herself.

“I think that with my personality, before I took it sort of for granted that anyone would be comfortable around me,” Lee said. “But if someone like me approached Lee Dam, I think she would keep her distance from me. She would be guarded, and there’s even a chance that she might see me in a negative way because some stranger is probing too much into her personal space. I realized that there could be people who might be uncomfortable around me through Lee Dam.” 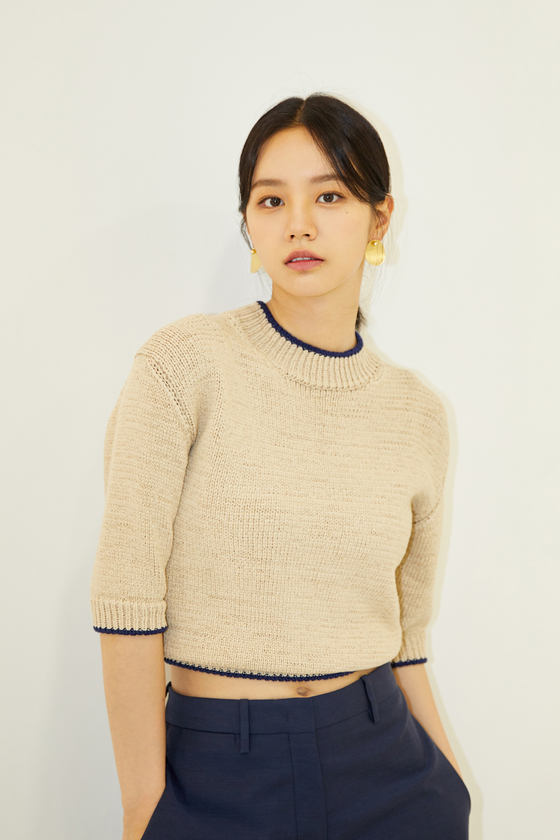 
Despite not being able to see comments on major portal sites such as Naver and Daum, since the commenting was disabled on entertainment news due to cyber bullying, Lee says she's still been able to get an understanding of the response from viewers.


“People discuss the story in online communities, and still leave comments on my social media accounts,” she said. “What was really incredulous, is that the number of followers or subscribers on my social media and YouTube channel shot up, even though I wasn’t able to devote myself to uploading content after I started shooting. That’s how I feel how much people are interested in the series, and it’s not limited to Korea. I also see that a lot of foreign fans are rooting for the series, and in the story, Lee Dam appears as a history geek, so I thought it could be an opportunity to promote our country as well.”

Since her iconic portrayal of the lovable Deok-seon in the hit series “Reply 1988” (2015-2016) aired on tvN, the actor has mostly featured as bubbly and cheerful characters, very much similar to her own personality which she actively flaunts on various variety shows, such as “Amazing Saturday.” 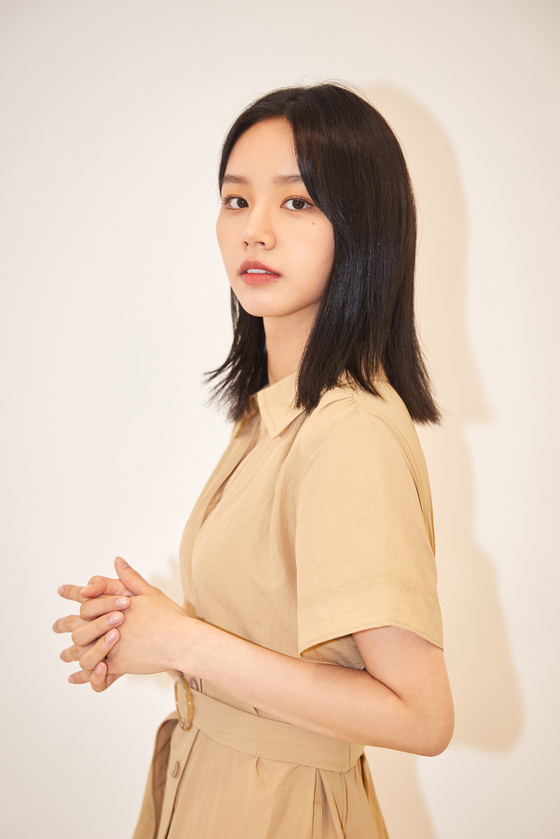 
“It may be both an advantage and disadvantage, but I think what the public wants to see the most in me, and what I’m good at, are such bouncy and outgoing characters,” she said. “I want to show the best I can within certain timelines — there are certainly characters which I can only portray well when I am in a specific age range. Of course, I want to also try something new, but only when I’m ready — when I’m not that eager or desperate for a change. I think that time will come someday.”

Although Lee has successfully settled in the entertainment industry as an actor, she's still very much a part of girl group "Girl's Day." It is evident through the members' social media that they are still very close despite the fact that they have each taken on their own projects individually. However, they have emphasized that they have not disbanded, leaving the door open for a return to the stage. Nevertheless, Lee said that it will be a while before she returns to singing.

"I would like to perhaps return one day as singer, but for now, I don't have any plans for that part of my career," she said. "For a while, I would like to focus on my acting."

The actor has no time to rest after wrapping “My Roommate is Gumiho,”and is diving straight into another series, this time a historical drama tentatively titled “When the Flower Blooms, the Moon Rises” with actor Yoo Seung-ho.

“Usually, I would take a break for at least six months after one project ends,” she said. “I’m the kind of person who knows when I need a rest. I think, unconsciously I use a lot of energy on set, so when one project ends, I’m suddenly out of energy as if a plug is pulled out of a socket. But this is one of those rare cases when I immediately started another project. It was that tempting for me.”

Lee Hye-ri interview My Roommate is a Gumiho webtoon

KBS series 'Fight for My Way' set for webtoon adaptation