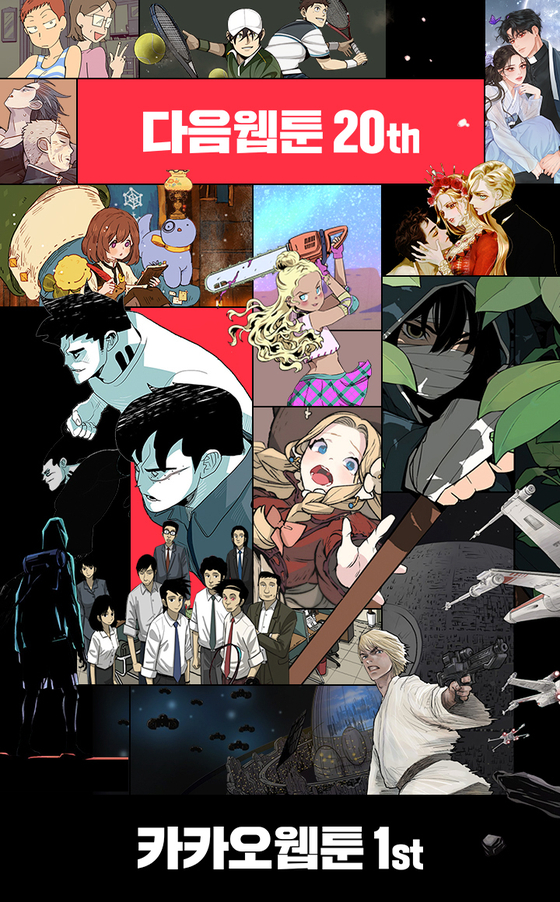 Kakao Entertainment will start Kakao Webtoon in Korea on Aug. 1, taking the 20-years of know-how from Daum Webtoon and upgrading it with the company's finest technology. [KAKAO ENTERTAINMENT]

Daum Webtoon will rebrand itself as Kakao Webtoon on Aug. 1 and offer some new features in its mobile app, the company announced on Tuesday.

It will take the existing works from Daum Webtoon in addition to new works from Kakao Page. New features of the service will include a program that will guide readers toward works they are likely to enjoy, which wasn't offered in Daum Webtoon, as well as 3-D animated movies based on popular works such as "Itaewon Class" (2016-18). Some works will have moving images as the main image to attract readers.

"We will be opting for more diversity in our content," said Park Jeong-seo, CEO of Kakao Webtoon Studio. "We have prepared Kakao Webtoon with the aim of providing the best webtoon platform in the flat-screen display era. We wish to take off on our journey with readers and authors with the finest technology and high-quality works."

Kakao is making aggressive webtoon moves globally as Naver does the same.


Its Japanese subsidiary operates the Piccoma webtoon platform, which overthrew Naver's Line Manga as the market leader. Piccoma generated the most revenue out of all smartphone apps in Japan last year, aside from games. 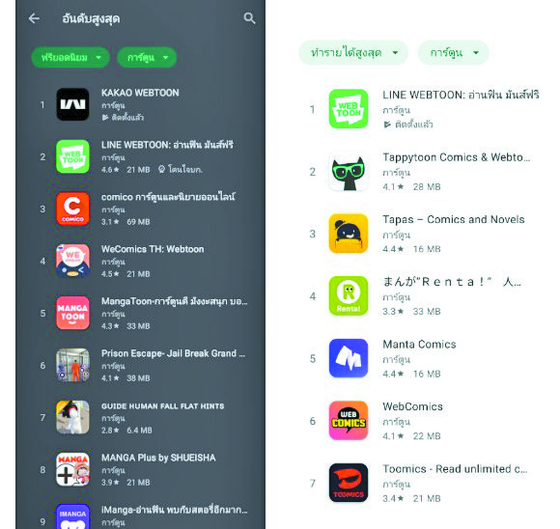 
According to a Tuesday report by Shinhan Investment, the volume of the global content market came to $220 billion in 2020, 16.5 percent larger year on year. Netflix and Disney look to expand their partnerships with local content providers, which may be positive for Korean content companies.

"The competition among global media platforms to get their hands on quality content will continue," the report said. "The circumstances seem favorable for Korean content companies, who have a competitive edge in the Asian market." 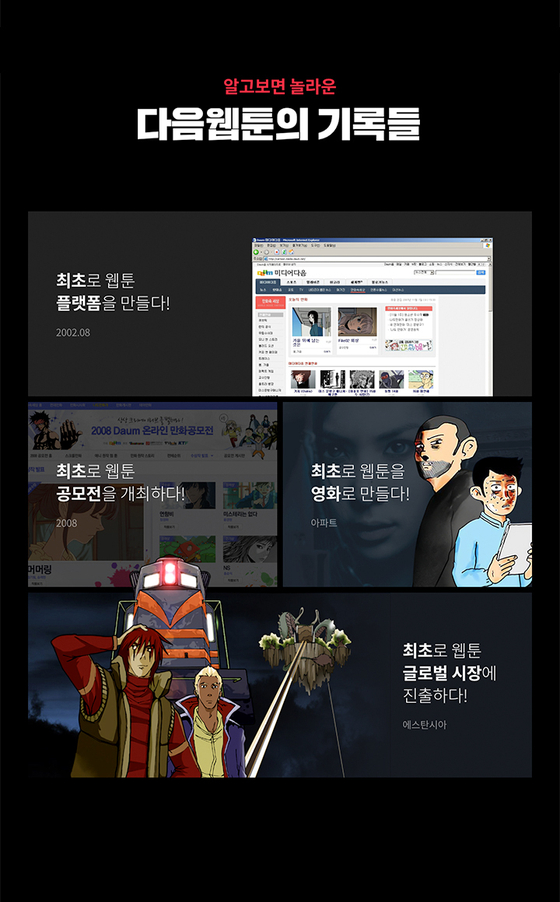 Daum Webtoon began in August 2002 and holds meaningful records in the webtoon industry, such as holding the first-ever open competition in 2008 and having a work by its webtoonist made into a film for the first time. [KAKAO ENTERTAINMENT]


Daum Webtoon is considered one of the earliest models in the market. Naver, Daum, Yahoo, Empas and Paran began serially posting standalone comics from the mid-1990s.

Daum kicked off a comics section titled World in Comics in August 2002, the predecessor of Daum Webtoon. In 2003, Daum Webtoon became the most popular online comics provider with webtoonist Kang Full and his "Hello Schoolgirl" series. It is considered the first successful serialized webtoon that revolved around a single story, like a typical comic series.

In 2011, Daum Webtoon started a new payment system, where it began charging readers to read certain episodes of a finished series. This was the first time readers had to pay for webtoons. A few years later, others started charging readers a small amount — usually 200 to 300 won — if they wanted to read the episodes that have been posted in advance.

Daum Webtoon holds other records, such as in 2008 when it held an open competition for webtoonists. In 2006, Kang Full's 2004 mystery horror series "Apartment" was made into a film — the first time for a webtoon. Popular works have been made into films and dramas since, such as "Secretly Greatly" (2013), "Misaeng: Incomplete Life" (2014) and "Itaewon Class."