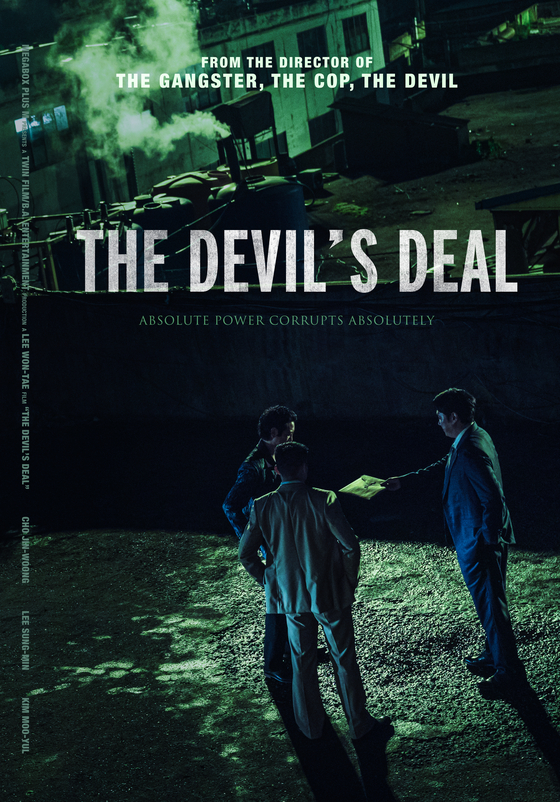 The movie poster for ″The Devil's Deal″ [MEGABOX PLUS M]


Director Lee Won-tae's “The Devil’s Deal” has been invited to the 2021 Fantasia International Film Festival, based in Montreal, Canada. This year’s festival will be held from Aug. 5 to 25 both offline and online.

“The Devil’s Deal”, which is set to be released later this year, was officially invited to Cheval Noir, which is one of the competition sections of the festival, and will be screened for the first time on Aug. 7. Actors Cho Jin-woong, Kim Moo-yul and Lee Sung-min star in the movie.

It marks the second time for one of Lee's films to be invited to the festival, following the screening of his crime thriller movie “The Gangster, the Cop, the Devil” in 2019.

“Leading a fabulous cast, actor Cho Jin-woong delivers one of the best performances of his career,” said Nicolas Archambault, head of Asian programming at the film festival, on the official website. “With its immersive score, captivating plot and clever twists, ‘The Devil’s Deal’ is a must-see.”