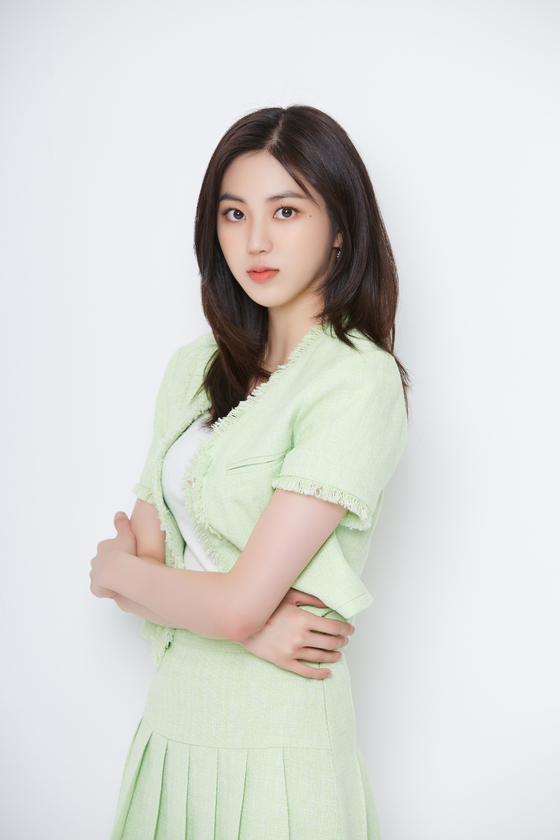 
Singer and actor Kwon Eun-bin says she wants be remembered as "one of a kind," both as an actor and as a person.

On Monday, Kwon sat down for an interview to mark the end of the KBS series “At a Distance, Spring Is Green,” which aired its final episode on Tuesday.

In the show, Kwon played Wang Young-ran, a tomboyish college senior majoring in physical education who is popular among fellow students due to her charismatic and down-to-earth personality. At the same time, she also has a shy side and is hiding a crush she's had on her closest friend for years.

“This was the first time I cried on the last day of shooting,” said Kwon, who has been steadily building her filmography since a supporting role in the 2018 series “Bad Papa.” “I became especially attached to my character and costars, who were fun to be on set with because they were around my age.”

“At a Distance, Spring Is Green," based on a Daum webtoon of the same title, shed light on the darker side of youth ranging from financial difficulties to domestic abuse.

“The show deals with dark topics, but that was actually very comforting for me,” the 21-year-old actor said. “When you turn 20 [in Korean age], you’re suddenly told you’re an adult. But you don’t know how to be one or handle all these new responsibilities. It’s frustrating and scary. The series made me think, ‘Wow, I’m not the only one who feels this way.’” 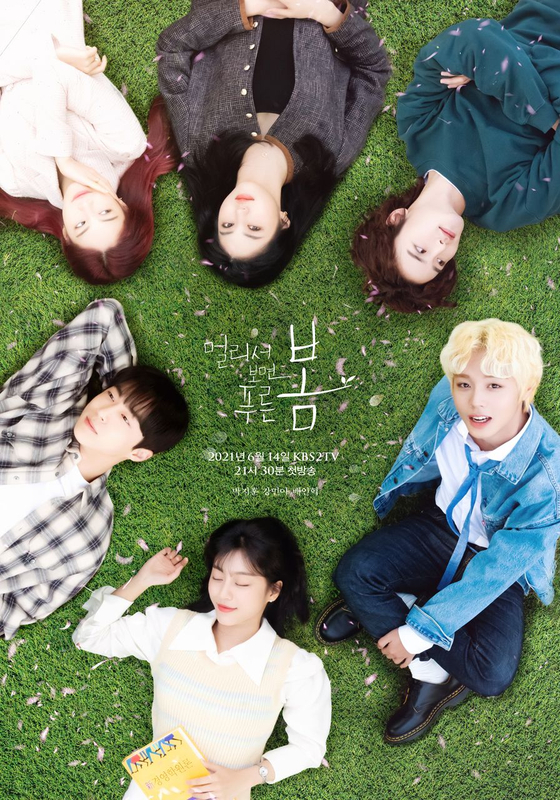 KBS series “At a Distance, Spring Is Green,” based on a Daum webtoon of the same title, aired from June 14 to July 20. [KBS]


The series, mostly set on a campus, also offered Kwon a chance to experience college life as she chose not to attend university to instead focus on her career.

“I felt like I was vicariously enjoying college life. I debuted at a young age, so I’ve never really been on a college campus. But this series let me visit all kinds of new places like rooms for school clubs, and I learned college lingo like saeteo [orientation camp for freshmen].”

Although Kwon grew to love Young-ran, she said she was quite annoyed with her character at first.

“I’ve been a fan of the original webtoon for years, and I found Young-ran’s character to be the most charming in the story,” she said. “But still, her personality is so different from mine. I’m a very straightforward person; I express exactly what I feel. But Young-ran is so hesitant to open up about her feelings toward her crush Soo-hyun. So as I read the script, I would jot down things like ‘so annoying’ or ‘why is she like this’ next to parts that frustrated me.

“But as I played the role, I started to understand her more and more. When you don’t want to lose somebody and keep them by your side, you become cautious about getting too close; so you can’t always be direct. Young-ran didn’t want to lose Soo-hyun as a friend, and I understand her now. Actually, it was more fun to portray a character who’s the opposite of my own personality. It was a breakaway from the usual roles I’ve been playing.” 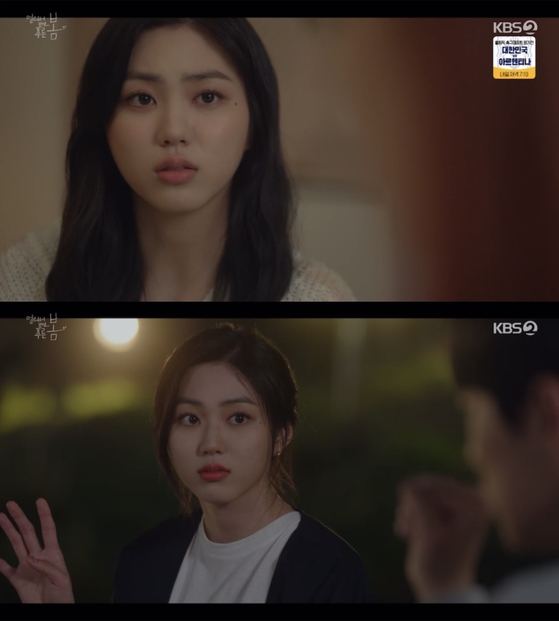 Kwon played the role of charismatic college senior Wang Young-ran in “At a Distance, Spring Is Green." [KBS]


Kwon said this is precisely the reason she loves acting.

“In the beginning of any role, I often don’t understand why my character behaves the way they do. But at a certain point, I become assured that in this situation, my character would act this way. That’s the point when I fully understand the character, and that exact moment is the best part of acting for me.”

The actor also emphasized her long-standing passion for the action genre.

"My dream since I was a little child was simply to become a hero," Kwon said. “So I’ve always wanted to film a full-blown action movie. I don’t even have a driver’s license, but I have this really specific dream of shooting a scene in which I get off a motorcycle in a sexy way,” she said, laughing.

“Because my role was a physical education major in this series, I attended action school for the first time in my life. It was harder than I thought and I felt like I reached the limit of my physical strength. But I will never stop trying to be better.” 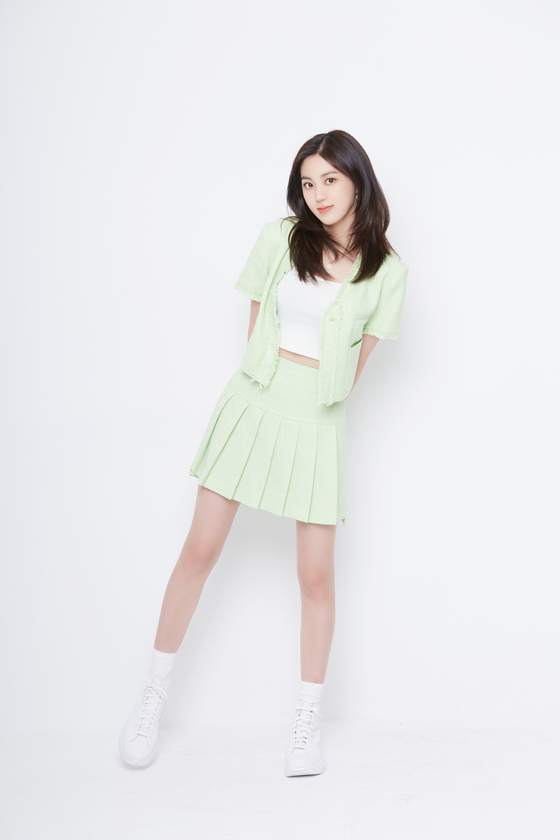 Kwon is a member of girl group CLC. [CUBE ENTERTAINMENT]


Kwon is also a member of CLC, and she shared some of the girl group’s future plans. With member Yujin set to compete in cable channel Mnet’s upcoming audition program “Girls Planet 999,” Kwon said she and the other members of CLC will focus on individual endeavors and resume group activities after the program concludes.

Wrapping up the interview, as well as the series, Kwon said she had this to say to fellow youths.

“We may be over 20 but in reality, we are not fully adults yet. So it’s okay for us to still be a little lost. It’s okay to make mistakes, and we don’t have to blame ourselves for small things. That’s how we grow. We are still so young!”