Kakao Webtoon, the soon-to-launch webtoon platform from Kakao Entertainment, is escaping the square-shaped thumbnail images widely used on webtoon platforms, opting instead for animated video thumbnails that are different in shape and size according to the popularity of each work.

Kakao Entertainment gave a peek inside the upcoming Kakao Webtoon service on Tuesday to the local press. The new webtoon platform will open on Aug. 1 as an upgrade of Daum Webtoon.

For some of the super-IPs, as Kakao Entertainment calls its successful content, a 10-second animated teaser accompanies them. For the past 20 years, webtoon platforms have only provided square-shaped thumbnails. Video trailers have been created in recent years, but they weren’t shown on the main service page.

“We have changed our UX [user experience] format to create a new level of unique design so that the webtoons are offered to users as if they’re alive and breathing," Lee said. "It also aims to bring readers closer to the new potential of webtoons that are being turned into games, music, films and dramas.” 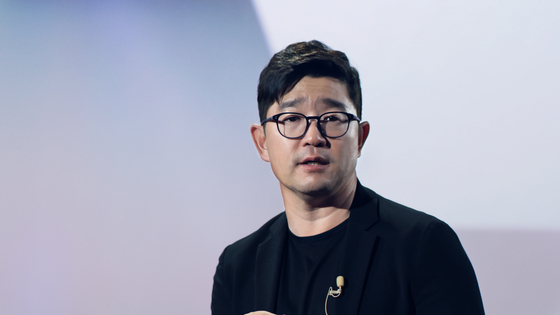 
Kakao Webtoon will take existing webtoons from its old version as well as new additions from other Kakao Entertainment content platforms and new works from popular webtoonists. Kakao Entertainment offers different content on Kakao Page, Piccoma, Tapas and Radish, according to the different target readers and content genres. Some stories were simultaneously released on multiple platforms, but most were not.

Daum Webtoon offers about 800 works. The new platform will offer over 1,000, with the addition of popular webtoons from Kakao Page. Other works will also be added in the future, but an exact number has not been decided yet. There are over 80,000 different pieces of content owned by Kakao Entertainment, including webtoons, web novels and videos.

This does not mean that the other content platforms will be merging with Kakao Webtoon, however. 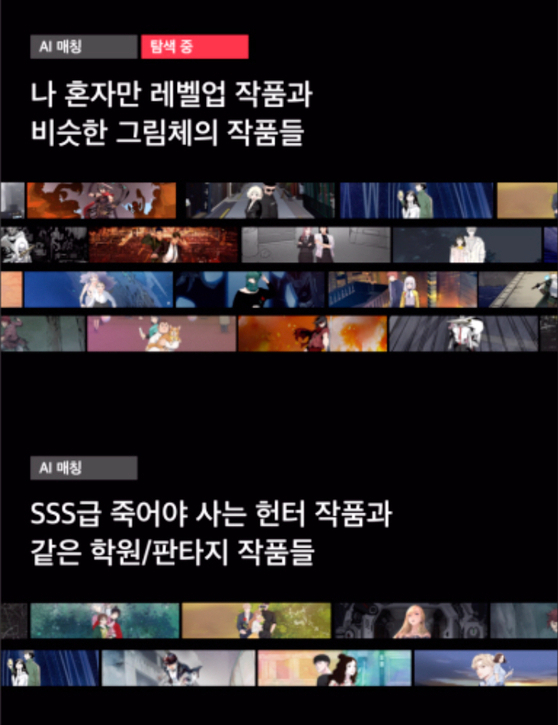 An artificial intelligence (AI) program curates different works to readers depending on what theme, illustration style or story they like. In the picture above, a list of recommendations are made based on the illustration style, top, and action fantasy themes, above. [KAKAO ENTERTAINMENT]


“We have been offering popular Korean content to overseas readers, but we will now bring popular content that has been created by overseas creators to the Korean readers,” said a spokesperson for Kakao Entertainment.

An artificial intelligence (AI) program will curate different webtoons according to readers’ tastes. But rather than just giving a unilateral list of what a reader may like, the fine-tuned system offers different lists of recommendations based on: The theme of the webtoon, the illustration style and the storyline.

Kakao Webtoon was launched in Thailand and Taiwan prior to the Korean release. It surpassed 370 million won ($322,000) in turnover within four days in Thailand.