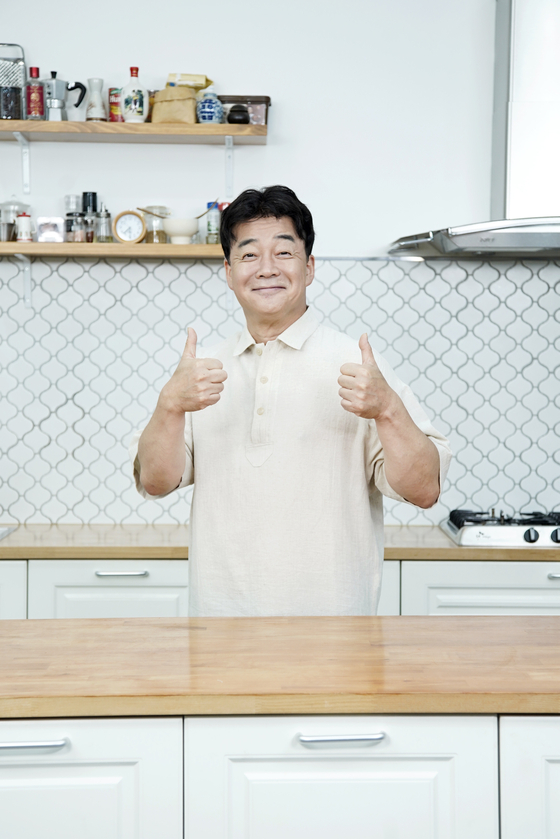 
A cartoon image of his face adorns coffee shops with outlets throughout Korea and you're likely to see him while flicking through the channels on your TV — whether it's on a cooking show, commercial or variety show. Baek Jong-won is everywhere, and that's unlikely to change anytime soon.

The food and beverage entrepreneur is currently starring in more than four food-related variety shows which feature his name in their titles. Every Monday you can see Baek on KBS 2’s “Baek Jong-won Class,” on Wednesdays and Thursdays you can find him on SBS’s “Baek Jong-won’s Alley Restaurant” and “Delicious Rendezvous” while on Fridays he’s on JTBC’s show “Baek Jong-won’s National Food: Global Food Edition”(translated).

Baek is not only appearing in content on mainstream channels, but also on streaming platforms. He stars in Tving’s show “The Four Seasons of Baek Jong-won”(translated) and Netflix’s upcoming show “Paik’s Spirit” (2021).

Paik is an alternative spelling of Baek's last name and also used in the name of his well-known coffee franchise, Paik's Coffee. 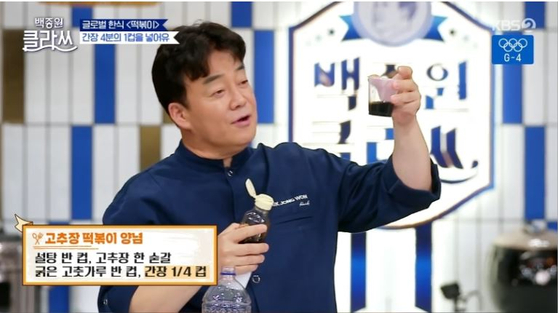 
“Baek Jong-won Class,” a cooking show targeting foreigners who want to learn how to cook Korean food using ingredients that can be found outside of the country, is Baek and KBS’s first major project together, the format of which is not too different from the previous programs Baek has featured in.

The show aims to entice viewers who are inexperienced cooks, similar to tvN’s “Home Food Rescue,” where Baek demonstrated how to prepare simple home-cooked meals for rookie chefs, or MBC’s “My Little Television” (2015-2017), a show that invited guests who were experts in their fields to give demonstrations. Baek was one of the most popular regulars on the show.

“Baek Jong-won Class,” which stars foreigners who have a passion for Korean food, is also reminiscent of cable channel Olive’s “K Chef Battlefield – Spin Off” (2018), which saw professional chefs face off against each other. In the episode of “Baek Jong-won Class” which aired on Monday, Michelin-starred Italian chef Fabrizio Ferrari, who had previously worked with Baek on “K Chef Battlefield,” succeeded in making makgeolli, or fermented Korean rice wine, using Italian rice.

“[JTBC was] originally planning to make a second season of ‘Manners of Taste’ (2019-2020) [a show that explored the history of international food], but we decided to make a new show with a different concept,” television producer Han Kyung-hoon said. Just as “The Four Seasons of Baek Jong-won” will have episodes representing spring, summer, fall and winter, the episodes of “Baek Jong-won’s National Food” will also be divided according to different themes. 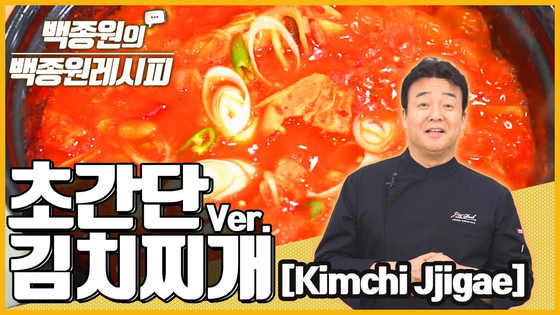 
Globalizing Korean food has always been one of the entrepreneur's aims. “Paik’s Cuisine,” the name of Baek’s YouTube channel which he started in 2019, recently surpassed 5 million subscribers. In an event held in January last year by YouTube Korea, called “A Conversation with Creators”(translated), Baek explained that many of his subscribers are Koreans living overseas as well as foreigners.

“At first I wanted to teach people how to cook Korean food without using local ingredients, but later on I thought it would be better to just bring [foreigners] to Korea and have them try Korean food for themselves,” he said during the event. “If tourists talk about Korean food in their own videos after I recommend good Korean restaurants to them, won’t more people be able to learn about Korean food?”

While Baek is determined to promote Korean food, he's also intent on doing it accurately. China's claims that kimchi is derived from Chinese culture and is the same as pao cai, or Chinese fermented vegetables, acted as the driving force for the production of “Baek Jong-won Class."

Shim Ha-won, the chief producer of “Baek Jong-won Class,” revealed that it took two years to convince Baek to star in the show.

“We talked through a lot of ideas,” said Shim. “At first we were going to have foreigners cook Korean food using ingredients that could be found outside Korea, but Covid-19 got in the way and then the cultural feud with China happened.

"This show doesn’t just provide easy-to-learn recipes, it teaches foreigners that they can cook Korean food without necessarily having to buy ingredients in Korea. We’re planning to expand our recipes by integrating Korean food with Halal food.” 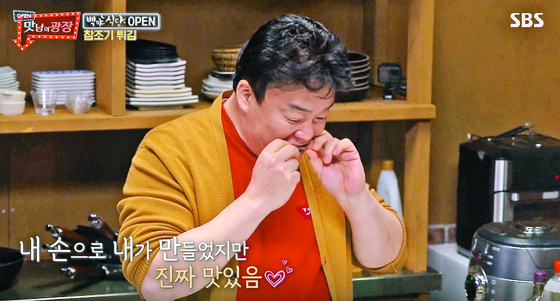 
But Baek’s domination of the entertainment industry is garnering mixed reviews.

“It was a fresh idea when Baek appeared on SBS’s ‘The Nations’ Big Three’ back in 2015, but as mukbang [eating shows] and "cookbang" [cooking shows] went mainstream, such content has become repetitive and banal,” culture critic Kim Heon-sik said.

“Having a restaurant entrepreneur teach people how to cook is completely different from having a professional chef do it, but [Baek] has been glorified as ‘the master of cooking’ and it’s mainly being used for marketing purposes,” he added. “Baek Jong-won’s Alley Restaurant” once hit two-digit viewership rating but currently four of his shows are barely reaching four percent.

Still, many agree that the mix of Baek being a professional food expert as well as an entertainer, is one-of-a-kind.

“It makes a huge difference when you compare critics that can and cannot cook and those who have and have not managed a restaurant,” said food critic Park Jung-bae. “Baek has a wealth of experience in both fields. One of Baek’s fortes is that he is capable of captivating his audience with easy recipes and entertaining them at the same time.

“It’s difficult to find a young genius in this industry because you need plenty of experience with a wide range of food,” he added. “You also need to be up-to-date with the latest trends when running a restaurant. It’s going to be hard to replace Baek because he even contributes to the community with ‘Delicious Rendezvous,’ where he helps farmers that have been affected by the pandemic.”