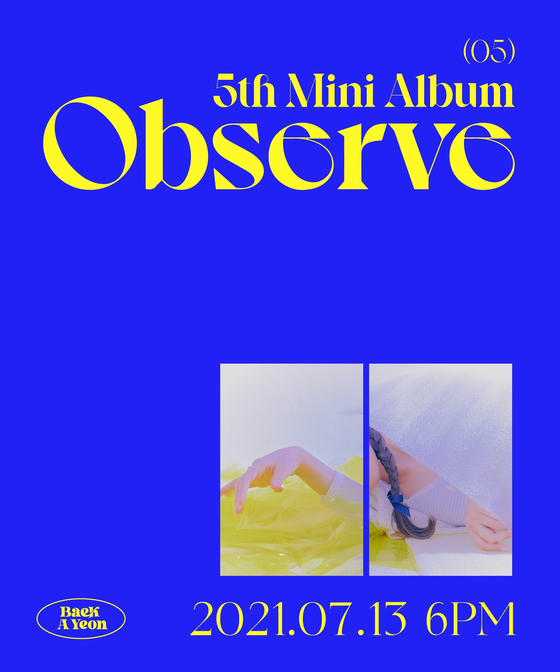 
Singer Baek A-yeon is set to release her fifth EP “Observe” on July 13 at 6 p.m., according to Eden Entertainment on Monday.

The agency, through its official social media channels, released an image earlier on Monday to tease the comeback. Only the hand and braided hair of the singer is shown in the released image, in a move to create curiosity for what is to come.

It’s been seven months since her most recent single release, titled “I Need You.” Her most recent EP, “Dear Me,” came about three years ago in 2018.