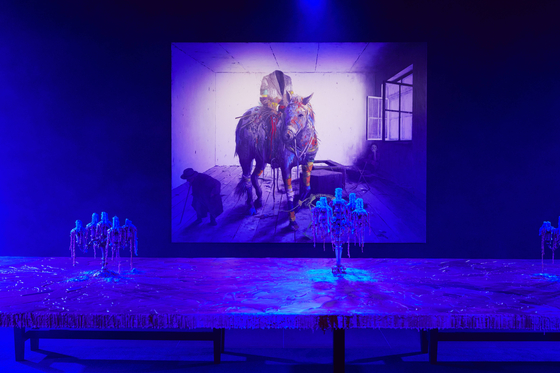 An area of the "Beyond the Road — Seoul 2021" exhibition features the album cover of British electronic band Unkle's album ″The Road: Part I.″ [BEYOND THE ROAD]


If you’re visiting The Hyundai Seoul department store to escape the heat, you might stumble upon a new exhibition that will have you "feeling more with less."

"Beyond The Road – Seoul 2021" is an immersive exhibition that kicked off on July 23 at The Hyundai Seoul’s ALT1 Gallery, in Yeouido, western Seoul and will run through Nov. 28.

It was first introduced at Saatchi Gallery in London in June 2019 and Seoul is the first Asian city to host the exhibition.

Artworks of all kinds — paintings, sculptures and video art — are on show but what sets it apart from other similar exhibitions is the music that is blasted through 3-D audio speakers. These special speakers emit 3-D sounds, which are spatial sounds that come from all directions and distances like the sounds you hear in real life. 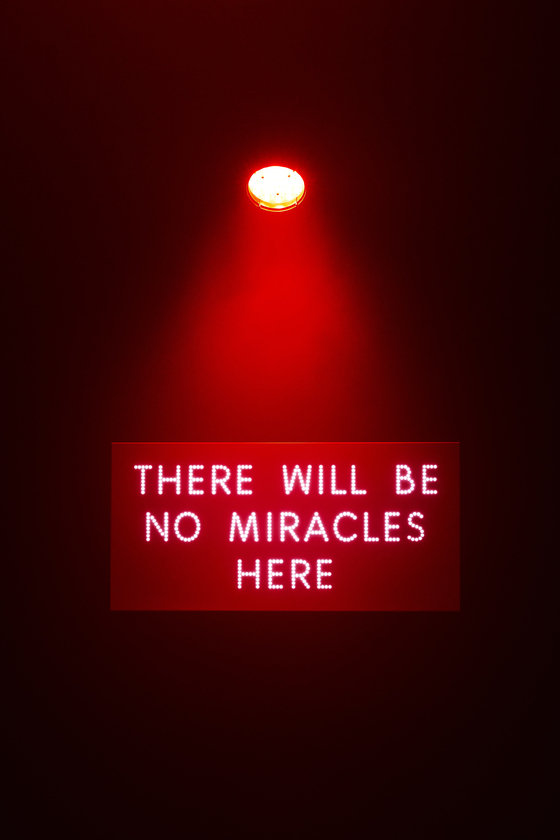 A neon sign greets visitors when they enter "Beyond the Road — Seoul 2021." [BEYOND THE ROAD]


When you first enter the exhibition you'll be faced with a dark corridor with a neon sign that reads, “There will be no miracles here.”

“Accept this isn’t like a normal exhibition experience,” Dobbie was quoted as saying by the gallery. “Don’t expect signs next to individual artworks and you won’t be given a map or guided through the space. Trust your emotional response and embrace the unknown — not everything needs explanation.” 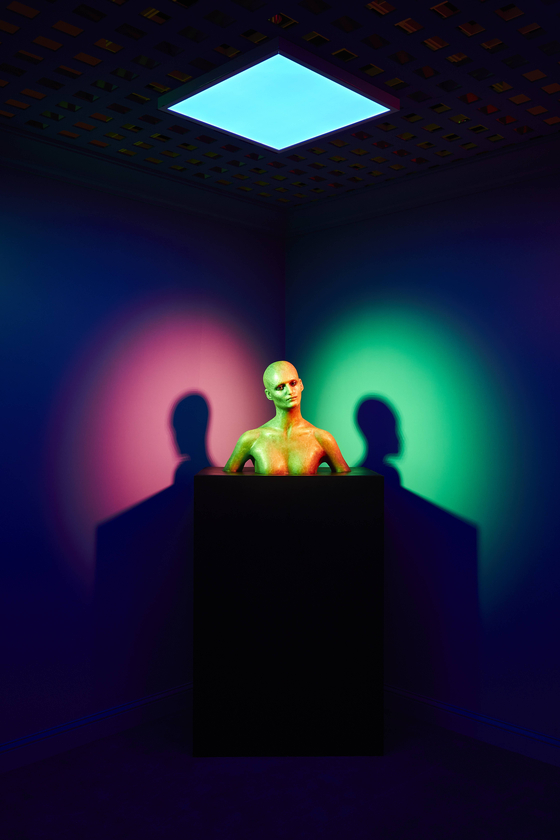 An animatronic sculpture titled ″Vivian″ [BEYOND THE ROAD]


The exhibition consists of 33 areas, each of which have their own music playing. The areas include rooms with different colored lights, an animatronic sculpture named “Vivian,” a painting of a headless man riding a horse and a bus stop completely covered in graffiti.

Nightingale was also quoted as saying that in this year’s exhibition, the artists added two new pieces inspired by Korean culture.

“From what we understand [magpies] are essentially messages of good news [in Korea],” said Nightingale. “It led us to some awesome series of old traditional paintings which feature a tiger and magpie. 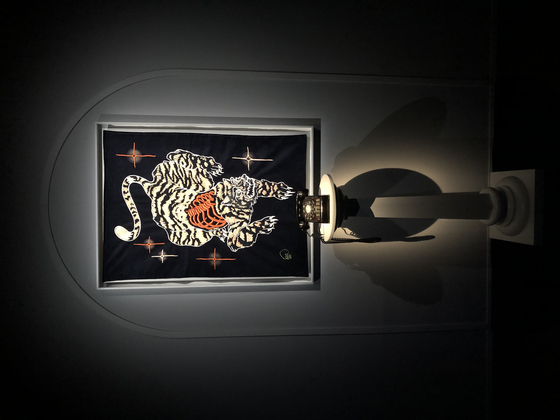 This painting of a tiger is exclusive to the Seoul edition of the exhibition. [SHIN MIN-HEE] 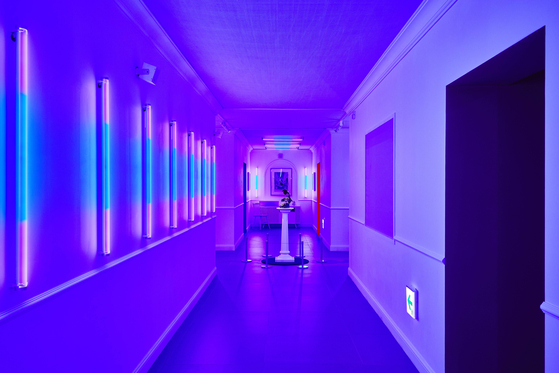 Another addition to the Seoul edition of the exhibition features a magpie. [BEYOND THE ROAD]


“It's important for us when we go into new countries and cultures to try and find connections with that society,” he added.

Dobbie and Nightingale stressed that the purpose of “Beyond The Road” is to mesmerize visitors in the experience itself.

“We want people to be guided by the sound and visuals they will feel along their journey,” said Dobbie.

“There is no wrong or right way to experience it and people should go at the pace that feels natural to them,” said Nightingale. “But we do hope for many that it will ultimately slow them down and give them space to reflect.”

exhibition Beyond The Road

Kabul, past and present (KOR)

Red Velvet to hold offline concert on March 19 and 20