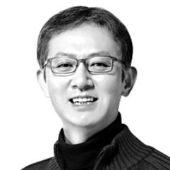 Cha Se-hyeon
The author is the contents production editor of the JoongAng Ilbo.


Toronto Blue Jays pitcher Ryu Hyun-jin recently won 10 games. His fastball speed is in the mid-140 kilometer-an-hour (90-mile-an -hour) range, far below the Major League average. Ryu’s competitive edge is the ability to throw six pitches — four-seam, two-seam, cut fastball, changeup, slider and curveball. Even for the top MLB hitters, it is not easy to predict what kind of ball he will throw. Ryu throws such a diverse range of pitches that batters are eager to steal his signs.

But our North Korea policy does not require sign-stealing. North Korea, the United States, China and Japan know the policy, the pursuit of an inter-Korean summit by the Democratic Party (DP) government in its fifth year.

In the New Year’s press conference, President Moon Jae-in said he won’t rush for a summit just because it is his fifth year in office. I had my doubts and they turned out to be true. Last week, it was made public that letters were exchanged between the leaders of the two Koreas.

And North Korea restored the communication lines it unilaterally cut off 13 months ago, which fuels a rumor that another summit may happen.

In fact, the Moon administration made constant efforts to arrange a summit this year. It considered every option — from a South Korea-North Korea-U.S. summit during the Tokyo Olympics, a first-ever video conference due to the Covid-19, and a South Korea-North Korea-China summit at the Beijing Winter Olympics in February next year, only a month before the March 9 presidential election in South Korea.

Of course, the efforts to create a momentum for progress in the North-U.S. denuclearization talks and inter-Korean ties, which have been in deadlock for more than two years, must not be neglected in the fifth year.

But the problem is that players know about the Moon administration’s intention just as if batters know Ryu’s next ball.

As expected, Pyongyang came up with a bill five days after restoring the military communication lines. Kim Yo-jong, North Korea’s first vice director of the Workers’ Party, demanded the suspension of the Korea-U.S. joint drill slated for mid-August. If the drill goes as scheduled, she warned, Seoul shouldn’t dare dream of a fourth summit.

Recalling the memories of the inter-Korean summit in 2007 —the fifth year of the liberal Roh Moo-hyun administration — North Korea is preparing for a home-run ceremony. This is the best joker it has, as it struggles with sanctions, Covid-19 and food shortages. At this juncture, could we expect the Moon administration to demand an apology from North Korea for blowing up the inter-Korean liaison office in Kaesong, a South Korean property, or for killing a South Korean fishery official in the West Sea?

Washington expressed its support for inter-Korean talks, but with some concerns. The Biden administration openly declared that maintaining sanctions against North Korea is the best option to weaken North Korea’s will to provoke and maintain negotiating power unless substantial denuclearization measures are put into place.

But South Korea hasn’t given up on easing sanctions and postponing or scaling back the annual Korea-U.S. joint drill. A recent example is a comment by Kim Ki-jung, the head of the National Security Strategy Institute, at a meeting with Washington correspondents last month where he said that if no action is taken for two weeks until the ROK-U.S. joint drill, North Korea could provoke in an unexpected way and the restoration of the communication lines and the letter exchanges between the two leaders would be all in vain.

But U.S. President Joe Biden is not Donald Trump. Out of consideration for the ally, Joseph Yoon, former state department special representative for North Korea, gently advised that Korea needed to keep pace with the U.S.

Having experienced the worst Korea-Japan relations for the past four years, Japan is completely cold. It rejected President Moon’s conditions for attending the Tokyo Olympics and a top-down resolution clarifying relations between the two countries. Japan knows that South Korea’s sudden conciliatory attitude is an effort to win the heart of the United States and to arrange the inter-Korean summit.

At the New Year’s conference, Moon said that a summit meeting itself was not the goal, but it should bring tangible results. He is right in every way. But the result should be substantial progress in denuclearization and inter-Korean relations rather than matching what the North wants. It is better not to meet with Kim if Seoul would have to fulfill what he demands.

The DP blames the change of the government, but South Korean people know very well the true nature of many promises contained in the October 4 Joint Declaration signed by the South and North Korean leaders two months before South Korea’s presidential election in 2007.

You have to throw an unpredictable ball like Ryu Hyun-jin.