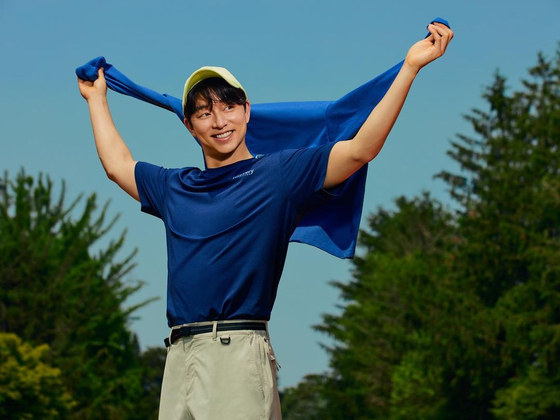 
People don’t just watch CNN. They wear it. And Kodak, and Discovery and National Geographic.

Licensed fashion brands have been popular in the Korean apparel market for the past few years, and the trend is expected to continue. Signing licensing deals, local firms are given the rights to manufacture and sell clothes with trademarks of well-known brands.

The Nature Holdings, the company that has licensing rights from National Geographic, reported first quarter revenue of 65.1 billion won, rising 30.5 percent on year. Kodak Apparel from Highlight Brands started in February last year, and recorded sales of 17 billion won in the first year. The brand is growing fast, with Highlight Brands announcing that Kodak Apparel already achieved 90 percent of its 2021 goal of 60 billion won as of June.

Using a popular brand's trademark is the main idea, but the licensees do more than just stick a popular logo on a T-shirt. They also borrow the original company's brand identity and channel it through their products.

National Geographic and Discovery Channel are well-known for their nature documentaries, and the respective licensed brands are selling outdoor clothing and gear. 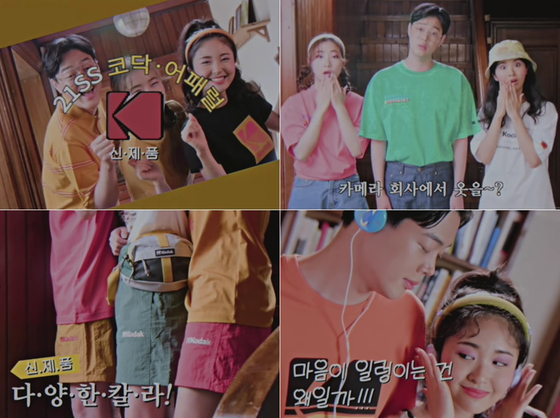 Models in Kodak Apparel clothes. The company's promotional video was edited in a retro vibe in line with Kodak being well-known for making disposable cameras. [KODAK APPAREL]


Similar brands are expected to enter the market. Polaroid Style from Highlight Brands is the most recent addition to the line-up, with sales starting in March.

The Polaroid logo is written on all of its products, and an instant camera — one of Polaroid's popular products — is printed across its t-shirts to make the original brand instantly recognizable.

Brands currently in business aren't the only ones partaking in the licensing fashion trend. Pan American World Airways, which suspended business in 1991, will be revived as a clothing line by apparel manufacturer SJ Group. The companies signed a deal January, with SJ Group gaining licensing rights until 2031. The brand is expected to start selling products in 2022.

T-shirts with Billboard logos are expected to hit stores in the second half of this year, under a licensing agreement with New York City’s Billboard and fashion company Baba Group.

Saving costs is another plus for local companies. Buying licensing rights for an already-known brand is considered is easier than creating a new brand from scratch. Companies can cut their branding budget, allowing them to use the money for improving quality of products.

Despite many positives, some say that companies shouldn't rely too much on using the trademarks of others.

Rights to use the original company's logo and trademarks are not transferred for the licensee forever. If the licensor doesn't extend the contract when deal expires, the license-borrower is given no choice but to suspend its business. The original company entering Korean markets themselves is another possibility.

"Since licensed fashion brands are doing well, there’s an overall thought that it’s okay for businesses to just buy a logo from another company and stick it on a product," said an official from the apparel industry. "Even though the licensed brand is well-received by customers, it’s important to justify to the customers why a non-apparel brand is transferred into a clothing line."