Ateez and Kim Jong-guk getting together on series, song

Ateez and Kim Jong-guk getting together on series, song 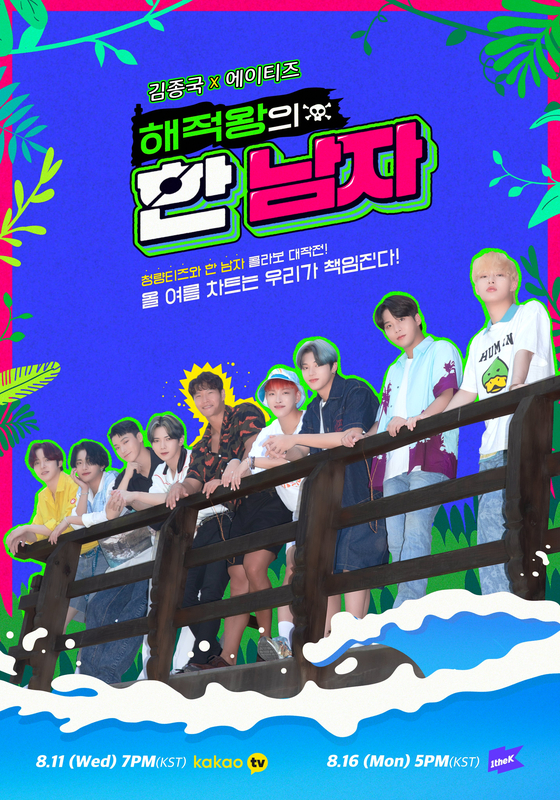 
Boy band Ateez and singer Kim Jong-guk will feature on a new reality series, according to K-pop media outlet 1theK on Wednesday.

A teaser poster for the online variety show, called “The Man of the Pirate King,” was posted on 1theK’s social media accounts.

“The Man of the Pirate King” will show Kim and the members of Ateez working on a new song, which will be released later.

The first episode will be broadcasted on the OTT streaming service KakaoTV on Aug. 11 and 1theK’s YouTube channel on Aug. 16.

The collaboration is getting attention as Ateez performed boy band Turbo’s 1995 hit “Black Cat” on the KBS music competition program “Immortal Song: Singing the Legend” last August. Kim is a member of Turbo.