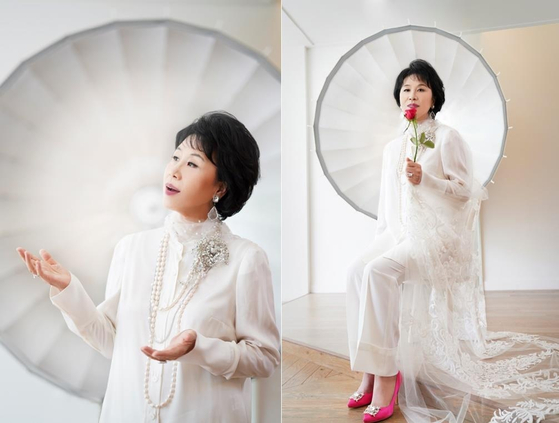 
KBS announced on Friday that it has invited 66-year-old singer Sim Soo-bong to host a Chuseok holiday concert.

“Sim will offer encouragement and hope to the people still battling Covid-19 in their daily lives, to say that ‘you’ve done well, you are doing well, and you will do well’ through her songs,” the production staff said in a statement. “To celebrate one of the nation’s biggest annual holidays, we are preparing this special untact performance by Sim.”

Sim is a much-loved singer known for a series of hits in the genres of trot and ballad such as “One Million Roses,” “I Don’t Know Anything But Love” and “Men are Ships, Women are Ports” (translated). The concert will be Sim’s first solo television show in 26 years.

Last year, the broadcaster prepared its first TV concert for a Chuseok special with 74-year-old singer-songwriter Na Hoon-a, which turned out to be a huge hit, recording a viewership rating of 29 percent.