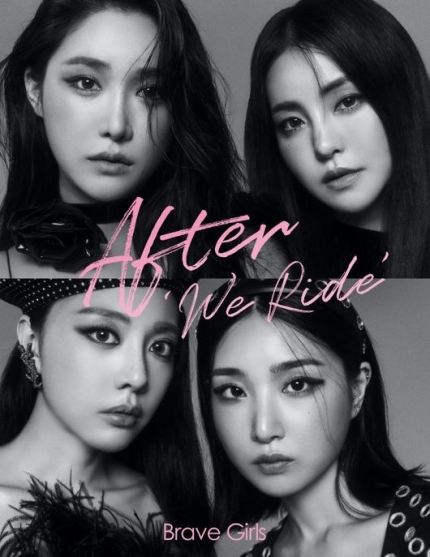 Girl group Brave Girls is making its comeback with some additions to a newly repackaged EP on Aug. 23, according to its agency Brave Entertainment.

It’s been about a month since the group finished its performances for its fifth EP titled “Summer Queen,” released in June. The EP's title song “Chi Mat Ba Ram” took the No. 1 spot on multiple different music streaming outlets, and its music video attracted over 30 million views within the first 10 days of its release.

The new album coming out on Aug. 23 is a repackaged version of the EP “Summer Queen.” It tells the story of what happens after its previous hit song, “We Ride.” This release will also come with some new musical content. The agency on Monday released a black and white image of all four members to raise the hype before its release on Aug. 23, at 6 p.m.