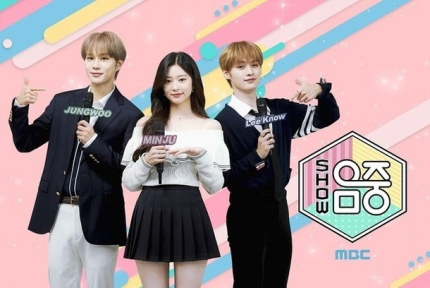 
Lee Know of boy band Stray Kids and Jungwoo of NCT will join MBC’s music program “Show! Music Core” as hosts, according to the channel on Monday.

The two will join existing host Kim Min-ju of IZ*ONE from the live show on Saturday.

Lee Know, who debuted in 2018, is known for his talents in dancing, singing and rapping.

Jungwoo, who debuted in the same year as NCT’s subunit group NCT U, later became part of another subunit of the band called NCT 127.

MBC said Jungwoo is known as someone who creates a good ambience and is expected to bring positive energy to the music show.

“The pair will bring a new liveliness to the show,” said MBC.