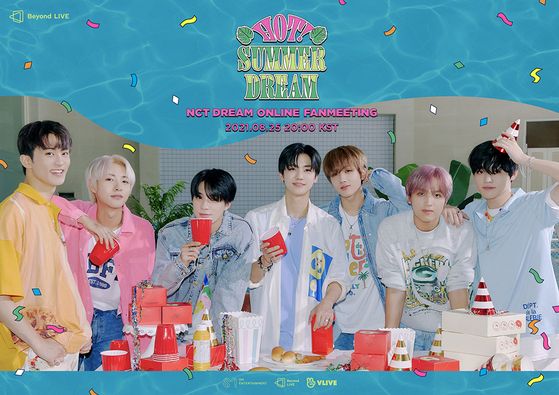 
NCT Dream will hold an online fan meeting to celebrate the fifth anniversary of its debut on Aug. 25, the boy band’s agency SM Entertainment announced Friday.

The fan meeting, titled “Hot! Summer Dream,” is set to be a mix of talks, games and performances of the band’s hit songs.

It will be streamed online on the “Beyond LIVE” channel on Naver’s fan community platform V Live. Tickets are available for purchase on Yes24 or V Live.

NCT Dream became a triple-million-selling band with its first full-length album “Hot Sauce,” which was released in May.