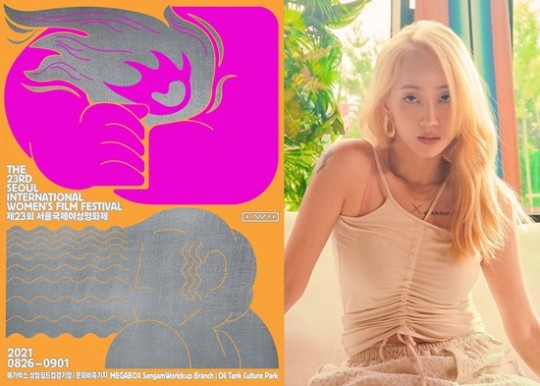 The opening ceremony will be held on Aug. 26 and streamed on Naver TV and YouTube.

“We have always been interested in HA:TFELT’s role as a female artist,” said Park Kwang-su, the executive director of Siwff. “We adore her free-spiritedness as a singer-songwriter and we think she is the right fit for Siwff, which is why we asked her to perform.”

HA:TFELT has previously said on television and social media that she is a feminist. In July, she was appointed as a member of the Ministry of Justice’s digital sexual crimes committee.

Siwff is a festival dedicated to spread gender equality and support women filmmakers all around the world. This year, it will be held at the Megabox Sangam World Cup Stadium Branch and Oil Tank Culture Park from Aug. 26 to Sept. 1. Actor Moon Ga-young, the seventh ambassador of Siwff, will be the host.

Following HA:TFELT’s performance, a documentary about Finnish author Tove Jansson is set to be screened.