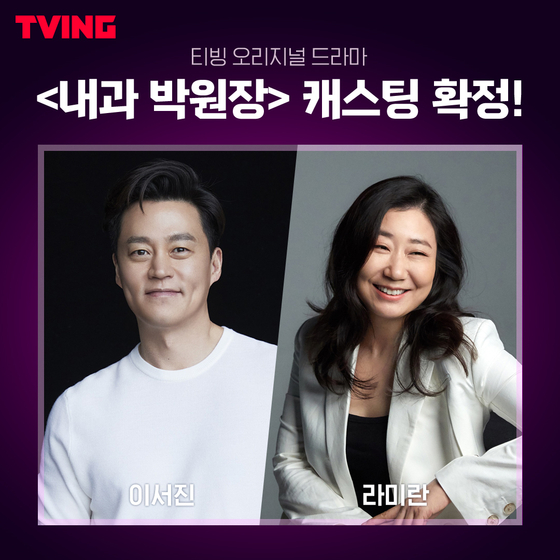 Tving’s “Internal Medicine Dr. Park” is an adaptation of the webtoon of the same name, following a doctor who has just recently opened his own hospital, but struggles to find any patients.

Lee will play the main protagonist, Dr. Park, while Ra will be Dr. Park’s wife who supports him throughout the story.

The series will be released on Tving later this year.

Tving to collaborate with Naver Webtoon to create music show

Money, lies and not a likeable soul can be found in dystopian series 'Bargain'