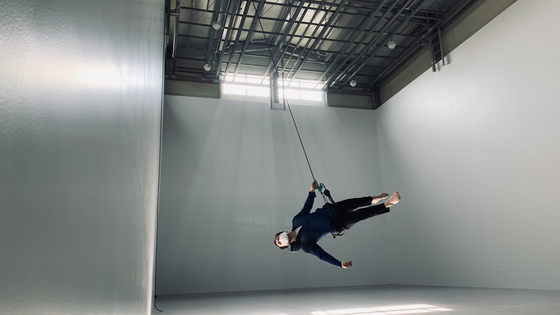 
Project Nalda, a group of acrobatic performers, is offering normal people a chance to try out what the professionals do in their newly-opened Naldo Studio in Gyeonggi’s Paju on the outskirts of Seoul.

The group of performers is running a regular program aimed at those looking for a new and exciting hobby.

Project Nalda, started in 2010, creates artistic routines and content that is performed in the air. It also holds vertical performances on the outer walls of tall buildings, uses large cranes to take its shows to new heights and incorporates balloons to add a visually attractive element.

Since 2015, it has been creating its own circus programs including “Let’s Play” or “Spiders.” The group has since moved on to include more trampoline work in its content.

Project Nalda also performed at the opening ceremony of the 2018 PyeongChang Paralympic Games.

“We make any creative content that involves performers doing acrobatics in the air,” said Kim Kyung-lok, the executive director of Project Nalda, which calls itself a flying performance group.

“Many different objects and aerial apparatus often accompany us so that we can continue making something new that is entertaining for audiences.” 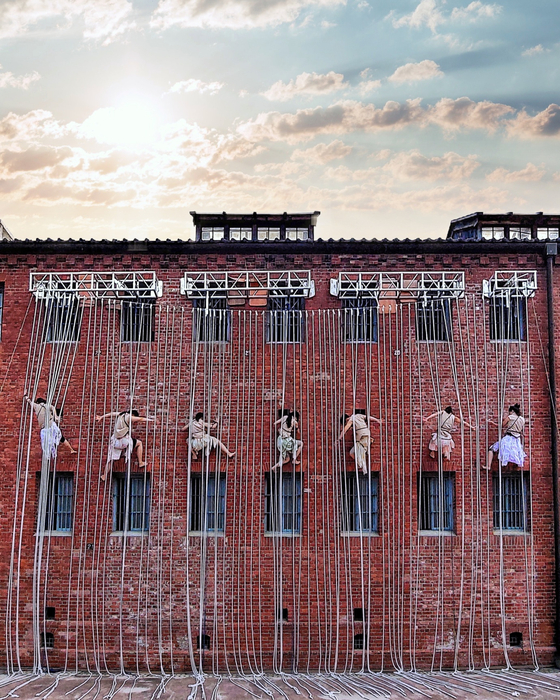 Project Nalda not only creates its own content but also takes part in larger theatrical pieces.

It works closely with a variety of performance groups including the Gyeonggi Culture Foundation and the Seoul Metropolitan Youth Traditional Music Ensemble, and many of its performers are also part of other project groups as well.

This weekend Project Nalda will be performing with the Seoul Metropolitan Youth Traditional Music Ensemble, a group affiliated with the Sejong Center for the Performing Arts, to show how acrobatics can work harmoniously with traditional Korean music. Performances will take place at the Sejong Center in central Seoul’s Gwanghwamun.

Before it set up its own studio in Paju, Gyeonggi, the group had to knock on doors of other studios in Mullae Arts Village in Yeongdeungpo District, western Seoul.

But setting up and taking down the ropes needed to practice was time consuming and when the pandemic hit, regulations made it difficult to rent out other people's spaces. It was then that director Kim decided to open his own studio. 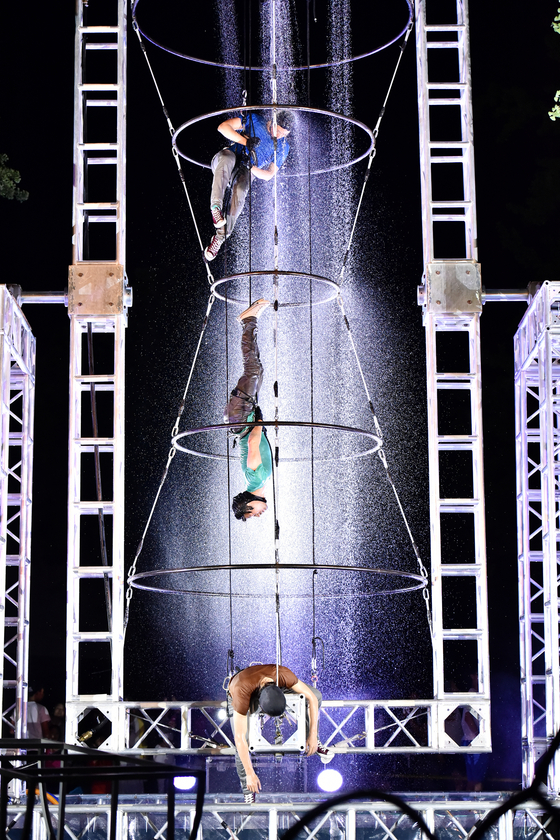 Besides using the studio space to hold a series of in-depth workshops for professional dancers and performers, Project Nalda also decided to open its doors to the public.

“What we do doesn’t stay within theaters. We perform at national or regional events and many have seen some kind of aerial acrobats either on TV or in person,” said Kim.

“The more people know about this genre, the more likely it is that it will be more common in everyday life.”

The move to open Project Nalda to the public is in part due to the pandemic, which led to many performances being postponed or canceled.

The group also hopes to make more video content and open its studio for people who want to rent the space to have their own shoots. Fashion magazine Vogue Korea recently rented out Project Nalda's space for a photo shoot.

For the newly-established four-month-long program, the professional performers become teachers. Classes are offered every Saturday, and one session lasts for 90 minutes including about 30 minutes of stretching. It is 200,000 won ($170) per month.

Although it is a group session with up to eight people per class, the level is mixed so beginners can join in at anytime.

After completing the four-month course, you can move onto a three-month “Creative” program where you can start mastering more challenging moves. A 90-minute session is offered once every week and it is priced at 250,000 won per month.

If your goal is to perform on stage, a subsequent two-month “Artist” program is the one for you. A once-a-week, 90-minute session is offered, and students will learn how to create their own choreography. These lessons are also priced at 250,000 won per month.

Once you are done with this “Artist” program, you will be eligible to participate in Project Nalda performances . 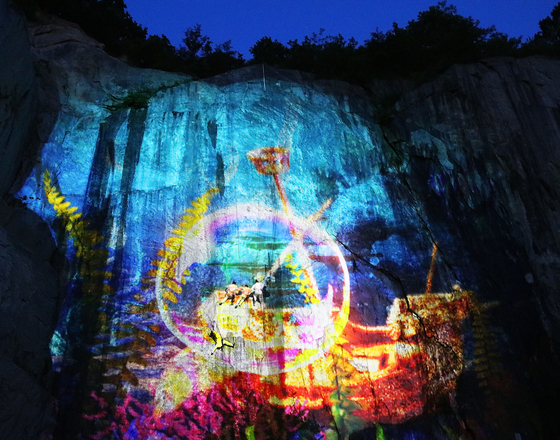 If you are a thrill seeker, you may have seen some of Project Nalda's sponsored posts on Instagram. The group has been putting its focus on promoting through Instagram.

It offered free classes in May and June and has now made classes priced at 60,000 won available if you'd like to try it out before signing up for the monthly program.

“Most people who come to the studio for a class now are women,” said Kim So-hee, manager of Project Nalda.

“Some people come here to try out a fun activity while others are yoga or ballet instructors.”

The beginner’s class starts at 11 a.m. on Saturdays. It is advised you arrive about 15 minutes in advance to check in and get ready since it is a group class.

Since you have to wear a harness, it is recommended that you wear clothes that cover your waist to protect your skin. Tight-fitting pants are also better than wide ones, but shoes don't matter as the class is conducted barefoot.

Once you've finished stretching you'll put the harness on and take to the walls. It uses lots of your core muscles to even stay vertical without moving. 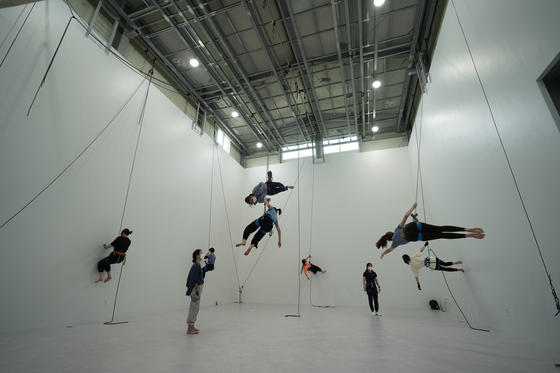 Those interested in trying out a new hobby should check out the classes offered at Nalda Studio in Paju. [PROJECT NALDA]


In the first session, you learn how to move up the wall, walk to both sides vertically, and also jump from side to side. After about five minutes on the wall, you get down to the floor to relax your body and then go up again. One hour passes quickly.

It is possible to keep your phone close during your tries, and instructors will take photos and videos of you in action upon request.

Depending on who is in your class, you might be able to see others do more performance-like moves in time with music.

The studio in Paju is about an hour's car journey away from Seoul City Hall in central Seoul. If you take the subway to Munsan Station on the Gyeongui-Jungang Line, a staff member can arrange a pick up at 10:30 a.m., 30 minutes before the class starts.

For more information about Project Nalda and its training programs, go to http://pronalda.itrocks.kr/ or call (02) 6348-2444. Visit @nalda_studio on Instagram to check out the acrobatic moves of beginners and professionals.

[WORD_ON_THE_WEB] 'I’d feel too self-conscious to use the system'