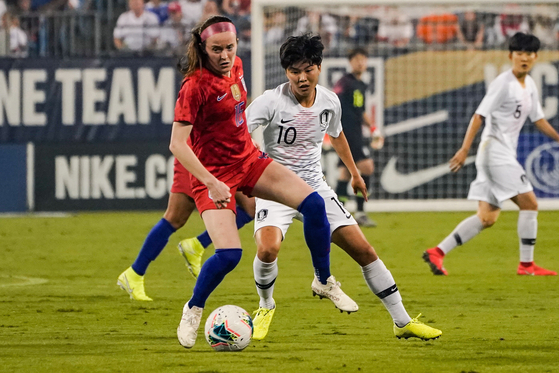 
The Korea Football Association announced Wednesday that the Korean women’s football team will play two friendly games against the United States in October.

The two friendlies serve as an opportunity for the Taeguk Ladies, ranked No. 18 in the world, to cut their teeth against the United States, the No. 1 team in the world.

The women’s team they lost their chance to play at the 2020 Tokyo Games after drawing with China in the final Olympic qualifier in April, handing the neighboring country a crushing 4-2 win on aggregate.

They last faced off in October 2019, an equalizer from Chelsea’s Ji So-yun secured a 1-1 draw.