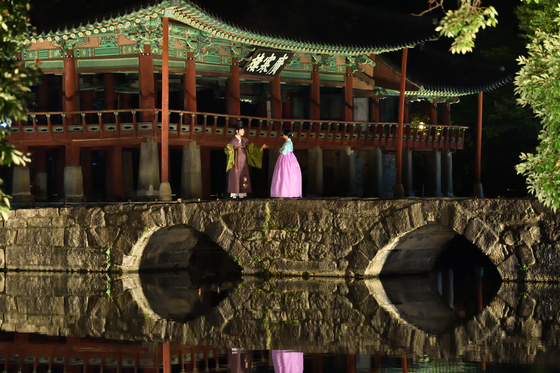 Pansori (traditional Korean narrative singing) singers Kim Jun-su, left, and Min Eun-kyung perform at the Gwanghallu Garden in Namwon, South Jeolla, as part of an online concert titled "Korea On Stage" organized by the Cultural Heritage Administration to promote Korean culture to the world during the pandemic. The "Korea On Stage" concert will be staged at two more cities — Gyeongju and Suncheon — and will be streamed online. [CULTURAL HERITAGE ADMINISTRATION]