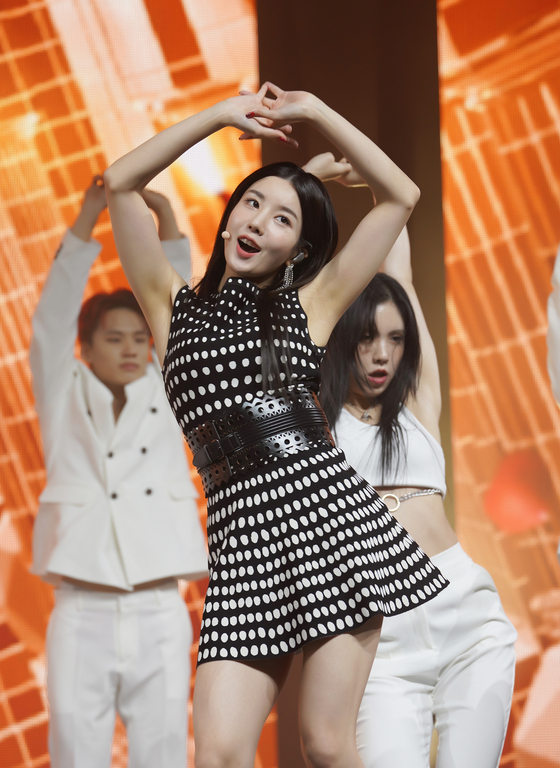 
Singer and former IZ*ONE member Kwon Eun-bi is back to open a new chapter of her career, dropping her first solo EP “Open” on Tuesday.

Kwon, who initially debuted in 2014 as a member of girl group Ye-A, officially rose to stardom when she appeared on Mnet’s popular audition program “Produce 48” in 2018. She and 11 other finalists of the show formed the girl group IZ*ONE, of which Kwon served as the leader. The girl group released several hits until it disbanded in April of this year.

Now, Kwon is ready for the third debut stage of her music career, this time as a solo act.

“The title of my solo debut EP is ‘Open’ because I literally wanted to open a new version of myself as a solo artist,” the singer said during Tuesday’s online showcase for her new release.

At the showcase, Kwon performed her new lead track “Door,” an electro swing number and premiered its music video.

“For me, ’Door’ is about opening the door to a new space where I can show the new Kwon Eun-bi to audiences,” she said. “So I based the music video on Alice in Wonderland. I also wanted the video to look like a musical, so I put a lot of emphasis on the choreography.”

The singer went on to perform “Blue Eyes,” a song featured on the EP. “Open” consists of six tracks in total, including “Amigo” featuring Baby Soul of girl group Lovelyz and “Rainy Road” (translated) written by Kwon herself.

“I tried to participate as much as I could in the production process, and I thought hard about how I could show various concepts and genres through the EP,” Kwon said. “Usually after finishing production, I always notice what I could’ve done better. But I feel great this time because the songs turned out to be so good.” 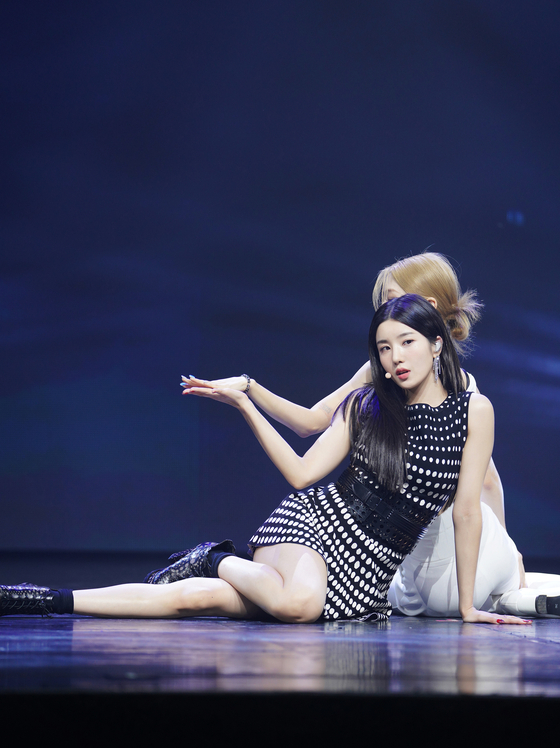 
“Door” was written by composers Hwang Hyun and Jung Ho-hyun. Jung previously worked on several IZ*ONE songs, an experience which Kwon says helped the two work well as a team once again.

“[Former] fellow IZ*ONE members were also always there for me,” the singer said. “They not only sent me many encouraging text messages, but also visited me on the set of my music video and even the rehearsal of this showcase to show support. That boosted my confidence so much.”

Kwon added that another thing which helped her overcome the anxiety of going solo for the first time was a letter from a fan.

“The letter read, 'Have confidence. You’re the Kwon Eun-bi!' she reminisced. “That line meant so much to me and helped me control my nerves.”

“I want to always actively communicate with fans like that,” Kwon said. “And I want to be a singer who doesn’t limit herself to certain genres; I like to think of myself as a genre of its own. So please look forward to what I have to show in the future.”