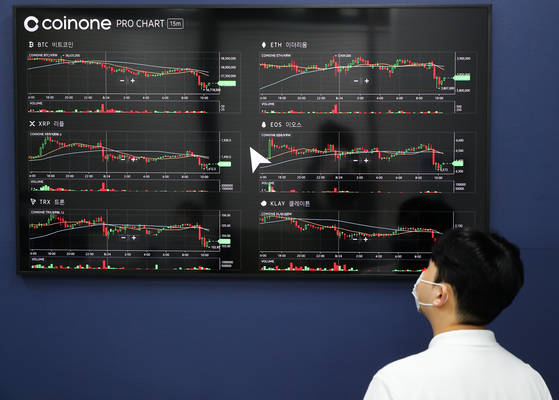 A display at the cryptocurrency exchange Coinone's customer center in Yongsan District, central Seoul, shows the price of bitcoin rising on Tuesday. Bitcoin traded above 57 million won ($48,300) while Ethereum traded at 3.88 million won. Recently there have been growing expectations in the market that the values of cryptocurrency have hit a low and will continue to rise. Ethereum investments in particular have been increasing as it is considered to be relatively less volatile than bitcoin. [YONHAP]