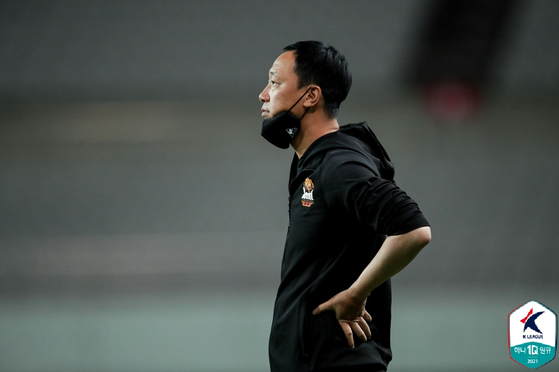 
FC Seoul accepted head coach Park Jin-sub's resignation and replaced him with An Ik-soo on Monday.

After 27 matches, Seoul has six wins, seven ties and 14 losses, putting them two points behind Seongnam FC and in danger of relegation.

An, who was Seoul's assistant coach in 2010 when the team won the K League title, is returning to the club to attempt a rescue. An has experience coaching the women's national team and the men's U-19 national team, Busan IPark and Seongnam FC. Most recently, he coached the Sunmoon University team, leading them to two victories in the last two years.

An's first appearance as Seoul's head coach will be at Tancheon Sports Complex in Seongnam, Gyeonggi on Sunday when Seoul faces the Seongnam club that he used to coach. The K League is on an international break until Sept. 10 while national team players compete in a qualifier for the 2022 World Cup.