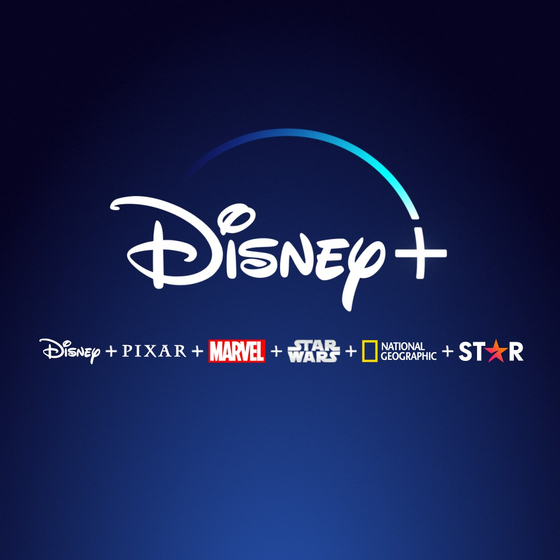 
Online streaming service Disney+ will officially launch in Korea on Nov. 12, armed with its megahit movie franchises and a subscription fee lower than its to-be competitors in the Korean market.

Disney+ will officially start the service of its online video platform this fall, on the second anniversary of the platform’s launch on Nov. 12, 2019, Walt Disney Korea said Wednesday.

Monthly subscription fees for Disney+ will be 9,900 won ($8) a month, and a discounted yearly subscription will be available at 99,000 won. Seven viewer profiles can be made under one account, and four people can watch videos on different devices at the same time.

Disney+’s announced subscription fees are cheaper than the current contenders in Korea. Netflix charges 14,500 won for its monthly subscription plan that allows four people to watch at the same time, while Watcha charges 12,900 won and Wavve charges 13,900 won.

Cheaper subscription plans are available on these services, but only one or two people, depending on the plan, will be able to sign on and watch at the same time.

Star is a new addition to Disney+’s array of franchises that will also be introduced to Korea for the first time.

“Disney+ has successfully launched in several Asia Pacific markets, and we are so excited to bring this service to consumers in Korea," said Jay Trinidad, general manager of Walk Disney Asia Pacific. “With the rising sophistication of consumers, we look forward to bringing Disney’s unparalleled storytelling, creative excellence and endless entertainment to audiences in Korea."

The local IPTV partner for Disney+ has not been decided yet. LG U+ and KT, the two telecom companies in talks with Walt Disney, said that they are still discussing and nothing has been concluded yet.

LG U+, however, showed more confidence in the deal.

“We are in the last stage of the negotiating process with Disney+, and we think that it is going to go well,” Hwang Hyeon-sik, the CEO of LG U+, said to the local press on Tuesday during a meeting held with the Ministry of Science and ICT. “But we can’t say anything for sure until the deal is sealed,” he added.

If LG U+ or KT partners up with Disney+, customers signed onto the company’s IPTV service will be able to access Disney+ easily on their televisions without having to install separate set-top boxes or programs. Disney+ could also agree to monthly subscription models with its partner that would offer discounts.

“It would depend on the details of the final contract that Disney+ signs with the IPTV companies,” an insider from a telecom company said under the condition of anonymity. “Disney+ could even partner up with both LG U+ and KT. It doesn’t have to be just one company.”