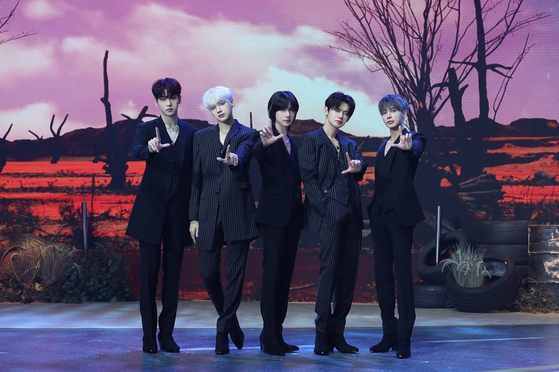 
The second album by Boy band Tomorrow X Together (TXT), “The Chaos Chapter: Freeze,” marked its 11th week on the Billboard 200 chart, occupying the 26th rank.

After its release on May 31, the album broke onto the chart in June, debuting at No. 5. It stayed on the chart for nine consecutive weeks.

The album reentered the chart last week thanks to its repackaged version, “The Chaos Chapter: Fight or Escape.” It ranked No. 8.

TXT is the second K-pop boy band after BTS to stay on the chart for more than 10 weeks.

Tomorrow X Together set to drop new album on Aug. 17