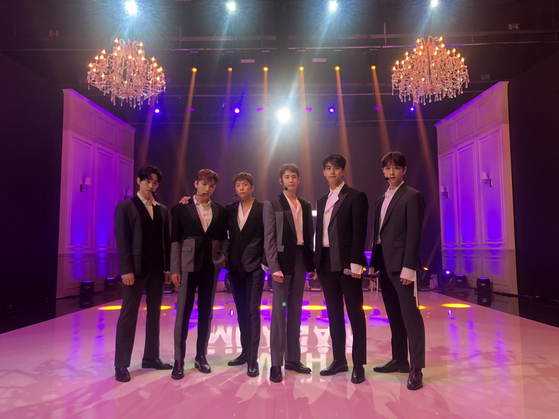 
Boy band 2PM appeared on TV Asahi's “Music Station,” a major music program in Japan, for the first time in 10 years on Sept. 10.

The band performed “Boku To Mata,” the title track of its new Japanese EP called “With Me Again.” Boku to mata in Japanese means “with me again.” The song, which is part of the EP set to be released on Sept. 29, was released in advance on Sept. 9.

All six members wore suits for the music show, taking off their jackets during the performance and throwing them off stage.