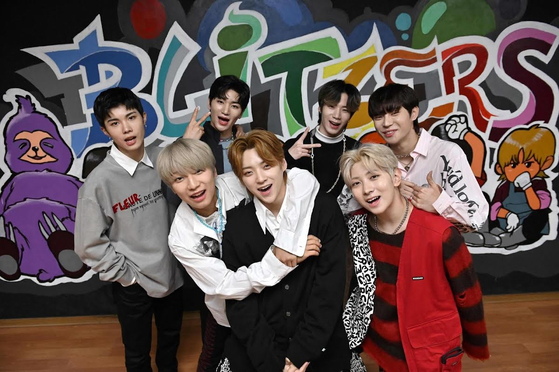 
American talk show “The Kelly Clarkson Show” is under fire on social media for mistakenly showing a photo of BTS that was actually a photo of a totally different boy band.

During the first episode of season three which aired on Monday, lead singer Chris Martin of British rock band Coldplay appeared as a musical guest.

Martin sat down with Kelly Clarkson, the show’s host and American singer, to talk about his recent collaboration with BTS for “My Universe,” a track on Coldplay’s upcoming album “Music of the Spheres.”

As Martin talked about what working with the K-pop phenomenon was like, the show aired a photo of a seven-member boy band; the problem was that the band was not BTS, but rookie K-pop boy band Blitzers who debuted in May.

Fans of BTS on social media are criticizing the research team on “The Kelly Clarkson Show” for failing to correctly fact-check the photo. 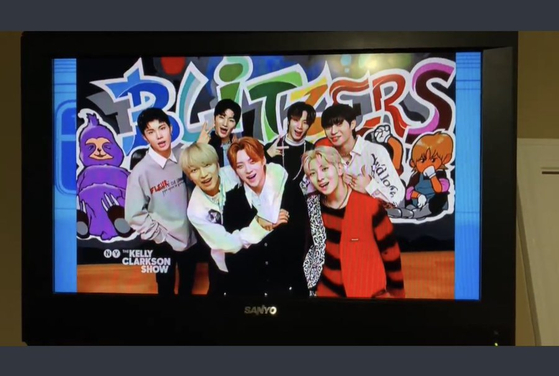 The scene from "The Kelly Clarkson Show" in question, uploaded by a fan on Twitter. [SCREEN CAPTURE]


Some fans suggested that an article from The National, an Abu Dhabi-based English newspaper, which introduced Blitzers as “the next BTS” and used the same photo in question may have caused confusion.

The official Twitter account for "The Kelly Clarkson Show" later thanked fans of BTS known as ARMY for pointing out the mistake and said, "We’re sorry, and we’ve provided our stations with the correct image."