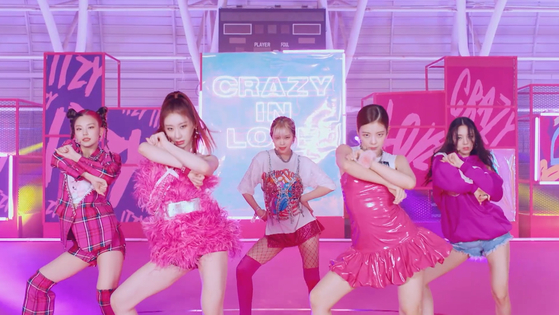 
Girl group ITZY appeared on the American talk show “The Kelly Clarkson Show” to perform “Loco,” the lead track of its new album “Crazy in Love” on Monday.

Introduced by the show’s host and American singer Kelly Clarkson as an “award-winning and world-renowned K-pop girl group,” ITZY performed "Loco" on stage, showing off the song's key dance moves which they have dubbed the “crown dance” and “cat dance.”

ITZY’s first full-length album “Crazy in Love” dropped on Friday and has been topping music charts around the world. The music video for “Loco” has gathered over 47 million views on YouTube as of Tuesday.

“Loco” and “Swipe,” another track on the album, are also trending on the short-video sharing platform TikTok.